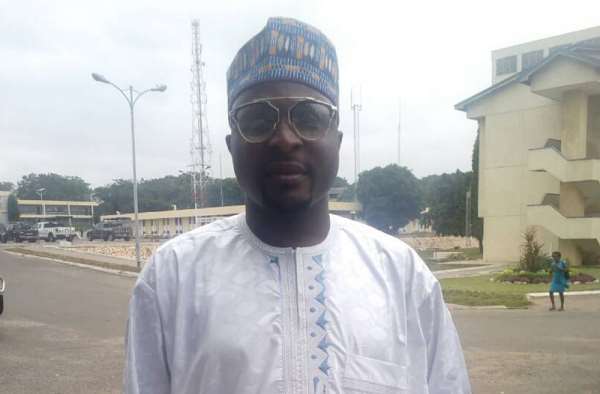 The Accra Regional Police Command has vowed to hunt down the point man believed to be the suspected land guard terrorizing property owners at Tseado, a suburb of the La Dade Kotopong Municipality.

The alleged land guard leader's identity has been established as Sarriki Awala, a notorious criminal.

This follows a swoop by the Police command last week as part of efforts to combat the operations of land guards in the city.

The Director of Operations at the Accra Regional Police Command, ACP Kwesi Ofori told Citi News at a separate swoop that some 13 suspected criminals were arrested at their hideouts at the Awudome Cemetery.

“The Greater Accra Regional Police command embark on another serious anti-land guard operation at Tseado, and chance upon them[land guard] in their routine business of harassing resident, property owners and landowner. We have arrested them and they are undergoing investigation. It has also come to our knowledge that one Sarraki Awala is the group leader and we are looking for him for questioning.

The police would do whatever to dismantle that criminal group at Tseado and its environs. The police went there yesternight and through use of force, we arrested some people yesterday and today in our grand operations. we have handed over to the CID to investigate and prosecute them accordingly,” he said.

The phenomenon of land guards is the practice where private citizens and landowners hire thugs to protect their lands due to the culture of the double sale in Accra.

Some homes, structures and walls have been destroyed by land guards in the area despite individuals claiming legitimate ownership over the lands and houses.

Victims have complained about the poor manner in which the police handle the situation compelling them to provide their alternative security to secure their lands.

Others have said they do not feel safe any longer as the land guards resort to violence and intimidation to take over their properties.

A resident of Ashongman Ablorh Adjei, one of the many communities where land guards rule, told Citi News’ that landguards used bulldozed his property worth $300,000.

“I have not had any issue with land guards until recently. This land was acquired sometime in 2002 with the titles and everything from the lands commission. We started developing, I have spent over $300,000 to develop this place and make it into an event centre. we hoped to open it in February this year but suddenly it has been brought down to the ground.”

“The police came and arrested a few culprits and sent them to the police station. I went to the Police station today only to find out that the bulldozer has been released and the culprits have also been released without recourse to me. So I don’t know where I stand. The Police have not said anything to me,” he said.