US based Ghanaian, 21 killed by friend’s gun in New York 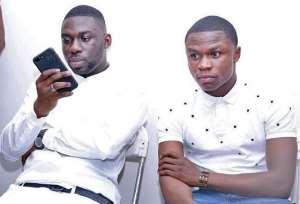 A 21-year-old US based Ghanaian, Frederick Afoakwah, died on Sunday, April 21, 2019, in his Bronx, New York, apartment when his best friend’s gun fired and shot his neck.

The friend, a Ghanaian NYPD Housing Bureau Officer, Martinson Afari Yeboah, on 5:30 a.m. Eastern Sunday morning, put his gun down briefly on a table inside Afoakwah’s apartment when he visited him to play video games.

Eric Enin Owusu, a Ghanaian New York resident, told otecgmghana.com on Tuesday, April 23, 2019, that the New York Police Department (NYPD) said the gun went off when Afoakwa went to take a look at it.

Afoakwah died later at St. Barnabas Hospital, in Bronx, according to Eric Owusu.

Afariyeboah has been suspended by the NYPD without pay while internal affairs review whether or not he failed to properly secure his weapon.