Rejonder: Amoako Atta’s Hunger for Presidency Influencing Him to Steal the Nation Dry 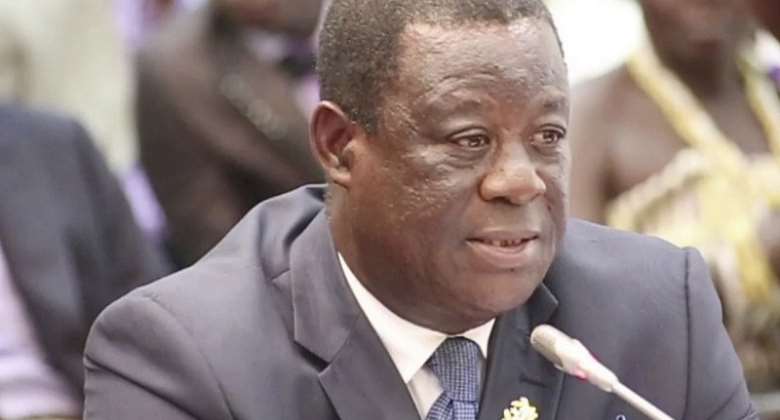 It is grossly disgusting that uneducated eggheads from the NDC will stop at nothing to attempt destroying all that Ghana has gained in the short period that President Nana Akufo-Addo has held the reins of government. It is impossible to even begin to decipher the genetic deficiency of a brainless twat who can throw hogwash as the dirty piece that regrettably sneaked its way onto the esteemed platform, “mynewsghana.net”, in what seems to be an agenda against Honourable Minister for Roads and Highways, Mr Amoako-Atta.

The shameless stooges of the NDC are so blinded by hate that they appallingly juxtapose the frugal achievements of the immediate past incompetent NDC government to NPP’s positive social interventions, tax incentives, VAT cancellation on some services, creation of new regions, the massive industrialisation drive, the intensive agricultural programmes, slash of customs duty by half, payment of outstanding dues to nurses and teachers, and many more interventions.

The NDC killed the NHIA under the watch of John Mahama and the alleged thief, Sylvester Mensah. Now they are crying foul because the NPP government has managed to digitize the service where the Ghanaian’s time would not be wasted waiting in long queues to be served. The NHIA debt bequeathed the NPP by the thieves of the NDC in scores of millions of Cedis has been paid in full by the President, who personally oversaw the process.

The road sector was in no lighter predicament. Thousands of kilometers of new roads went bad due to shoddiness of execution. Billions were paid by John Mahama for resurfacing and new construction that went into private people’s pockets, including his siblings, allegedly. The Road Fund was mortgaged to the UBA at an exorbitant interest rate of over 33% per annum, supposedly, by the then sector Minister, Inussah Fusseini. It had to take the quick intervention of the prudent Minister, Amoako-Atta, and his deputies to resolve the problem and release the shackles around the Road Fund.

We know all too well that the NDC freaks who were awarded road projects but did not perform were paid in full. We know all too well that the allegations flying all over against Amoako-Atta are falsehoods peddled by some of these NDC contractors, surveyors, and politicians. How is the Minister expected to perform magic when the NDC magically destroyed all the gains of President Kuffuor and refused to add an appreciable length of roads during the Mills/Mahama era?

It is very false, evil, and sinfully contradictory with the busy schedule of the Minister, who does not have time to receive anyone at home let alone dubious contractors to state that Honourable Amoako-Atta takes percentages from contractors. How? He cannot even take money to store in his house to pay contractors privately. It is not possible to take documents and payment slips home for anyone to sign. What kind of reasoning is this at all? The author of this piece, one Alhaji from the NDC office, I am told, cannot be so injudicious as to make such unsubstantiated allegations.

And to say that Amoako-Atta is eyeing the Presidency is the most laughable foolishness that only insensible politicians would peddle. AAAH!

Let me tell the NDC bleaters that the goats they likened themselves to have disowned them for bringing too much disgrace onto their kind. If only they would spare themselves a little time to ruminate like normal human beings, they wouldn’t be determined as empty nymphomaniacs that they seem to be. After all, while the nation was suffering the gross incompetence of both NDC Mills/Mahama regimes, members of the NDC stole Ghana’s money to prove their sexual prowess, and engage in profligate spending disproportionate to the salaries and other incentives that they enjoyed, hence the double salary saga that Haruna Idrissu is allegedly begging government not to prosecute because it would be a blight on the parliament of Ghana. On the contrary, though, this case will be prosecuted. The resulting verdict will be a curse on the NDC and a measure of indicative lowliness that the MPs of the umbrella have fallen to.

Amoako-Atta has no presidential ambitions that I can say! He certainly does not have the time to engage in profiteering paying certain contractors directly from his house. Haba, is his house the Central Bank? Nonsense!