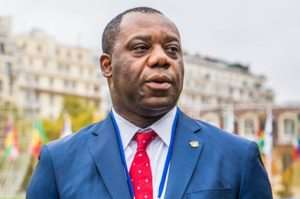 I have had the opportunity to read the draft of the Public University Bill in which government seeks to make some changes to the statutes of state universities obviously to protect its own interest. After a careful read, I realized this is another attempt by government to meddle in the activities of our education.

In this article, I want to advise government not to force its way into academia.

I know for a fact that this Bill is not a law or an act of parliament yet, but what it entails is dead on arrival. It is not out of place to have a law that will regulate and monitor the activities of public universities, but it becomes very dangerous to propose a Bill that seeks to give more power to the President and the Education Minister in the affairs of these universities. Are we in the era of military dictatorship?

It looks as if the plan of government with regards to this Bill is less harmful; 'but deep down the water' it has its own agenda. I do not understand why politicians want to capture all aspect of life in this country. In the current statutes of some public universities; there are 15 members on the Governing Council who make crucial decisions for their various institutions. However, what this bill seeks to introduce is to cut the number to nine with government having the power to appoint five of them.

Government wants to cripple people in academia as they (politicians) have made the National Union of Ghana Students (NUGS). Back in the days, NUGS was a very powerful association that fought for the interest of students. It was one of the groups which vehemently opposed military despotism. During the time of the military rule, NUGS made most of the policies of those regimes a stillborn. This was so during the third republic. It is rather surprising to see the divided front of NUGS in the fourth republic.

Today, NUGS has become a toothless bulldog. Why is it so? Politicians have found their way into the activities of NUGS and have divided them into two different factions. They have their aim for doing all these things. They do not want any pressure on their government and as such if they succeed to tame the association, they can achieve all their parochial goals. What we see now is that, the National Democratic Congress (NDC) has its own version of NUGS and the New Patriotic Party (NPP) also has its own NUGS.

I am very sure that this Bill wants to silence individuals in our public universities as they have made NUGS. This is an attempt by government to attack academic freedom. What baffles me is that, government has the authority to appoint five out of the nine members on the Governing Council of the universities and in the absence of the other four, the five members appointed by the government can meet and take decision. Even if all the nine members are around, the presence of the other four members will not be relevant because when it comes to voting it is likely not for it to be by a unanimous decision but by majority. In the event of a tie, the Chairman or Chairperson of the Governing Council will also cast his or her vote. Can the Chairperson be able to vote against the policy of government? What sort of autocratic Governing Council will it be? If the government solely wants to manage the affairs of public universities, it should explicitly tell us rather than passing behind the back doors of introducing this totalitarian bill.

Some will contend that there is no cause to worry about this bill because it is just a Bill and it is also subject to scrutiny. It will also be given to interested stakeholders to peruse and make the necessary input. In any case, government can decide at the end of the day not to take these inputs, just alter some and pass it through. If this bill is taken to parliament, it will easily go through because government has majority in the house. They will not do any proper scrutiny of the Bill. We will kick against any Idi Amin Bill that the government will introduce into our educational sector. What I see is that, politicians do not want to be criticized and that is why they intend to bring these changes. Even if we must sacrifice our lives, we will, so we can save future generation from this barbaric and self-imposing Bill.

Some former Vice Chancellors have kicked against this Bill, one of such is Prof. Ivan Addae Mensah, a former Vice Chancellor of the University of Ghana. These are some of his remarks. “The Bill and its proposals are backward and will take Universities back to the 60s. I think this Bill is very dangerous and totally unnecessary. The constitution of Ghana seeks to protect tertiary institutions from government interference. If the Bill says the President can appoint the Chancellor, it means he can disappoint the Chancellor. In all, the President can appoint about 5 council members and that is dangerous.The Bill has stated that if 5 council members out of the 9 meets to discuss some issues, the decision arrived at can take effect. This means that the 5 appointed by the president can sit and decide to overthrow the VC and that can happen. As a former VC and educationist, I just can't understand what this whole bill is about. The Universities should be allowed to have their own laws governing them. The State shouldn't give any legal guidelines. This Bill is going to bring about micro-management of the Universities and that may render VC redundant,”.

Prof. Ransford Gyampo, a political science lecturer and head of the European Studies at the University of Ghana for instance has described the Bill as a “'bogus' draft public Universities Bill”.

Prof. Jane Nana Opoku, a former Vice Chancellor of the University of Cape Coast and a former minister of Education has also stated that the Bill is 'needless and unnecessary.

As a concerned citizen and not a spectator, I cannot agree less with these eminent Professors.

Something beats my imagination- the minister of state in charge of tertiary education, Prof. Kwesi Yankah, who is also a former Pro-Vice-Chancellor of the University of Ghana agreed to this Bill knowing well of the dangers “this Adolf Hitler bill carries”. I was wondering how Prof. Yankah would have reacted if he was still the Pro-Vice-Chancellor of the University of Ghana. Would he be happy? Now that he finds himself in politics, he has suddenly become a spectator. Where has his sense of integrity gone? Is he going to support a bill that will put his colleagues' lecturers into the bin?

The Bill looks very harmless, but it has a lot of dangers on academic activities, its negative ramifications are what we need to be worried about as citizens. Lecturers cannot speak against any bad policies of government because they may be fired in the next moment. The government does not want any dissenting views that is why it is proposing such an autocratic bill. There would be undue pressure on our public universities. This country does not belong to politicians. This country is our inheritance and as such we will do everything within our power to protect it from 'greedy bastards.'

Government is gradually ‘crawling’ into academia and if it succeeds, it is going to be a disaster. It is something I am worried about and so must everyone. A Vice-Chancellor can be fired at any point in time especially when the government feels the said Vice Chancellor does not belong to his or her party or does not share the same ideas as they do. Also, the Governing Council can be dissolved anytime the government feels to do so. If we do not speak against this Bill and allows it to grow to become a law, then we are doomed as a country. Our educational sector will be overly politicized.

I advise the government since it says it is a listening government to withdraw this intransigent Bill no matter the good intention he has for public Universities. I think the Bill is dead upon its arrival looking at the number of criticisms it has received from various people including those who have been in the helm of affairs before. No matter the good intentions of this government, it should remember that it is not going to stay in power forever and as such should not bring any law that will cause a lot of commotion in our public universities. Let us stick to the old statutes that we have. We do not need any other autocratic law. Let's speak against this bill so it does not see the light of day.

Say no to threat on academic freedom. This Bill, when passed into law, will affect you, your son or daughter someday to come. For as to be proactive citizens let us speak now before it is too late. Ghana must work again. Ghana will work again.

The writer is a concerned citizen and a final year student at the university of Ghana, studying English and Political Science. Email: [email protected]