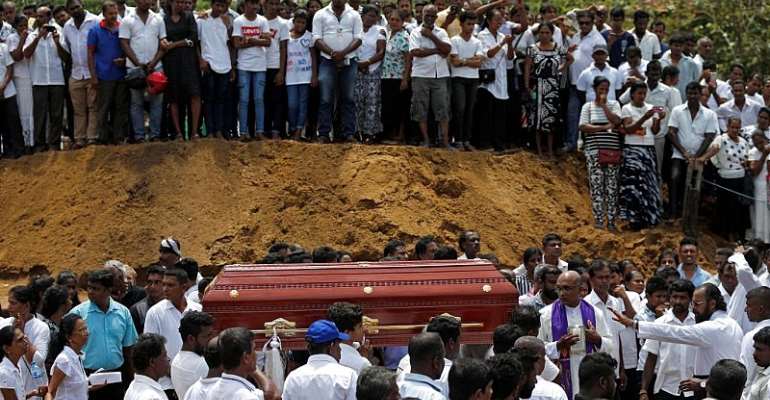 Sri Lanka marked a national day of mourning Tuesday, as the death toll for the country's worst attack since the end of its civil war rose to 310.

A state of emergency has been put in place as authorities hunt the perpetrators of a series of suicide bomb attacks on churches and hotels on Easter Sunday.

Local Islamist group National Thowheed Jamath (NTJ) was blamed for the violence, with the focus also shifting to militants with links to foreign groups. No group has so far claimed responsibility.

A police spokesperson said Tuesday that 40 people are being held in connection with the attacks – which also injured some 500 people.

Three minutes of silence was observed as as the first victims were laid to rest following a mass funeral. Most of the victims were Sri Lankan although dozens of foreigners were among the dead.

Along with three churches, four hotels were targeted including the Shangri-La, Kingsbury and the Cinnamon Grand in the capital Colombo.