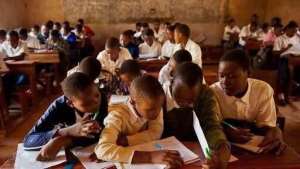 Except for its GDP (Gross Domestic Product) and Natural Resources, a nation must also have generations of educated people who will serve as it driving engine to foster growth and development.

Education has and is a major challenge for developing countries in sub-Saharan Africa. Liberia which is ranked as the forth poorest nation in the world (with GDP per capita of US$882), has been struggling with its educational system since the bloody fourteen years civic crisis ended in 2003. The Nation is rich in Iron ore, Rubber, Timber and Gold, yet its people feed on less than US$1 per day.

The Government of Liberia, along with other governments, agreed on the Dakar Framework for Action in 2000 with focus on the Education for All agenda which aims at meeting the collective Commitments in the furtherance of education for better results; It was in this regard that Liberia launched an ambitious Education Sector Plan (ESP) 2010‐2020 that preceded initial plan to reach six wide‐ranging education goals by 2015. The Country Monitoring Reports which account for the progress attained thus far highlight the remaining gaps and provide recommendations for the country’s sustainable development agenda for 2015 and post 2015. Some degree of progress has been achieved, but much is yet to be accomplished. Despite all efforts by the government, civil societies and the international community, Liberia unfortunately has not been able to achieve Education for All on account of some circumstances. However, it is worthy of report that almost half of the out‐of‐school including children and adolescents are now enrolled in school.

Furthermore, it is envisaged that about 1 million more children would have enrolled in school as a result of fast progress being attained during the period. There are still about 0.5 million children out of school in Liberia and about twenty one percent of children population do not complete primary education. Variation in education has increased, with the poorest children from the most disadvantaged families bearing the greatest burden of the challenge. On the overall; the poor quality of learning at primary level still has thousands of children leaving school without sustainable skills. Education remains under funded due to inadequate national budget budgetary allocation to education.

The number of pupils in secondary and primary schools is many times the number of students in higher education. In 2012, 55,000 pupils of the country’s 1,300 secondary schools sat for exams. Some 25,000 of them are school-leavers.

However, these high numbers clearly say nothing about the quality of the education, which is very poor, even by the African standards. One third of the country’s teachers are not qualified to teach. Liberian pupils’ schools are known for the overfull classrooms, lack of materials and low quality of the teachers.

Secondary Education: It is referred to as “Senior High”. This is where Students complete their Grade School Education. Here, students study more advanced levels of junior high school subjects and move on to Tertiary Education/University. More than half of these Secondary Schools are in the capital city Monrovia. In Liberia, the academic year begins in September and ends in June. The system is structured so that the Primary School cycle last 6 years, Middle School last 3 years and Secondary School last 3 years.

In 2014, Liberia had a total of 912,000 pupils enrolled in primary and secondary education, of these pupils, about 675,000 (74%) are enrolled in primary education. Although youth in this age group may still be in school and working towards their educational goals, it is notable that approximately 19% of youth have no formal education and 39% of youth have attained at most incomplete primary education, meaning that in total 58% of 15-24 years old have not completed primary education in Liberia. Liberia has a current population of 4.732 million 2017, (World Bank) with Youth Population of over 50%. Of this population, 33.2% have had no education, 31.1% have had only Primary Education while 35.75% have had Secondary and Tertiary Education

Concluding Remarks.
In summary, for too long our education has been outdated; the illiteracy rate has risen to its highest 75%. Liberian Students have been underestimated, yet the truth is that; the opportunities and resources aren’t just available or enough. Many young Liberians have the ambition of acquiring formal education, but circumstances like self-supported, high rise in tuitions and unemployment has resulted to many drop out and/or not enrolling at all. Government has been unable to do little or much to make sure that these concerns are addressed.

Likewise, the 2001 Education Act, which made Primary education compulsory and the abolition of school fees in 2006, has even proven to be more of a challenge, with classrooms being over crowded, lack of educational resource materials and poor administrative guidelines.

Notwithstanding, Government is committed to strengthening the Educational Sector and has established a strong vision for education and has made a recent step forward by adopting the Getting to Best Education Sector Plan 2017-2021. Getting or envisioning these kinds of ambition can be easy, but what can prove to be a difficulty is the implementation process which is even more challenging. At this backdrop, it seems that little has been done to translate the vision into action since its adoption in 2012; the Getting to Best plan is still too recent to be implemented. Few actions have been taken to improve the regulatory framework, the governance system, and the financing system. The main challenge for the country is thus to deliver on these promises, by increasing capacity for implementation, aligning the budget to strategic priorities, and to update the regulation.

Recommendations:
Government should step up its work on the financing, quality assurance, and relevance of all stages of education, ranging from Kindergarten up to Tertiary Education/University. We proposed that there should be 20% or more increments in the educational budget by the National Assembly. Liberia is currently considered to be dormant in these three dimensions, and some easily implementable policy actions could improve this standing. Financing rules could be made more transparent, and Schools could be made more accountable for their use of public funding. Lastly, we hold the view that education (the mind) is the most powerful form of public redress.

About the author:
Sallia S. Komala.
A freshman student studying civil engineering at The Jiangxi University of Science and Technology, An Activist, Emerging Pan-Africanist leader, Engaging peacemaker, and a writer.