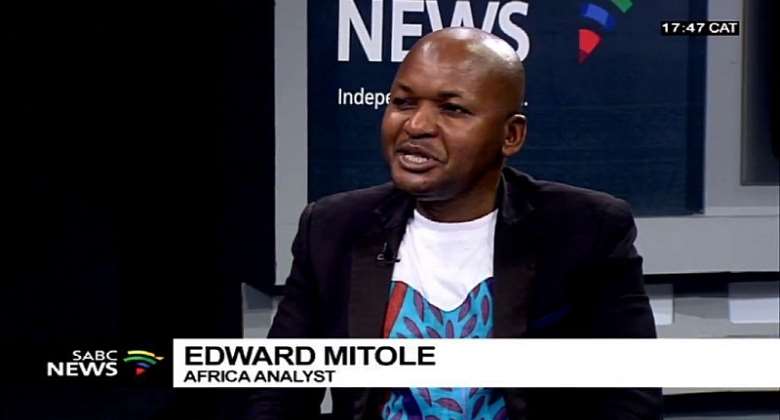 Heritage is something that is divine and natural. It is normally inherited from our ancestors, it is not something that is manmade though there are manmade things that can be considered heritage especially articles that were used by our ancestors, for example, a necklace that was belonging to your grandmother or father can be a heritage because if it is lost you cannot replace it. What is heritage is normally irreplaceable and priceless that’s why we need to preserve it at all cost because once it is lost it is lost.

Culture, language, land, history, information, values, holidays and natural resources can be heritage. Things that can be changed and amended like constitutions, laws, flag, national anthems, coat of arms, etc cannot be considered as heritage. We are not supposed to celebrate heritage day in South Africa because we have not inherited anything from our forefathers. After all even the name South Africa is not the name from our forefathers but this land was named by our oppressors as their business entity. We cannot even claim the name of the country as an inheritance. The name South Africa speaks volumes about the deception. It says it all that we have not received our inheritance because if we had received it we were going to name the country. Everything is named by the owner that’s why because South Africa is still owned by our oppressors the name cannot be changed.

Most of the towns and cities still have names from oppressors and we are told by the politicians to celebrate their mediocrity. Indeed celebrating heritage day is to celebrate the mediocrity of our so-called politicians and freedom fighters because they dismally failed to bring freedom to black people, that is why they were not able to even rename the country, one can only name what belongs to him. Heritage is not only about wearing your traditional clothes just for one day in a year yet your everyday life is European, in a European environment not even knowing your past. The South African constitution is also 100% European that’s why even the ANC cannot understand that European constitution, they are always losing cases in court against the DA. The DA is a party for Europeans and they understand their constitution very well whereas the poor ANC cannot understand that constitution and they will still continue to lose against the DA in court.

True heritage will be realized when we have received our land, there is no heritage without our land. Most of our black people are landless and homeless in this country. They are living in squatter camps and the so called RDP houses and they are told to celebrate such mediocrity. The less said about those having bonded houses the better because most of them claim to have houses yet those houses belong to the bank which belongs to the imperialist. If it happens they lose their job those houses can be repossessed, they are deceiving themselves yet they are also homeless.

How do you perform your African rituals in townships and squatter camps? Such places are not suitable for performing our rituals. Most African rituals require that in your home you must have a sacred house called (umsamo) and a kraal, most of our rituals are performed in these two sacred places. Some Africans do take chances in townships and do their rituals without these two important sacred places and one must know that you cannot make your bedroom sacred (umsamo). In the end those who take those chances and perform their rituals in such structures when things do not go well with them they then blame the ancestors thinking their ancestors have abandoned them. An African home requires that you must have big land not what we see in the townships and suburbs. I have never seen a home suitable to perform African rituals in a township.

These politicians have conspired with the oppressors to deny us true freedom today. They have big tummies full of whisky and brandy at the expense of true African freedom. They are all sellouts they want us to celebrate this nonsense and be proud of being the inferior citizen in this white-owned country. Our people must keep on voting for them just to maintain those big tummies full of whisky and brandy, drive those big cars and stay in big houses whilst our people are staying like pigs in shacks. It is not yet Uhuru, still a long walk to freedom. Our languages are still marginalized even in parliament they speak English yet some are not even fluent in that English they just count words.

What heritage do we have to celebrate when we are landless and homeless in the land of our forefathers? Our culture is still oppressed and the European culture is the one above us. Everything about South Africa is still European there is no change at all. Some politicians are even saying South Africa is the Europe of Africa and they even forget that South Africa is part of Africa thinking they are European. That is also what perpetuates afro phobia attacks. This shows how European we are and how stupid are our politicians to say we must celebrate heritage yet we have nothing that is heritage in our day to day life. We cannot even get married in our own ways as our marriage is considered cultural not marriage.

I urge President Cyril Ramaphosa to redeem himself before it is too late for him. He must know that the people of Africa have got his back. He can dump his White Monopoly Capital bosses and forge ahead with radical economic transformation and expropriation of land without compensation. If he follows through on these two things, posterity will remember him as a man who helped his people to reclaim their heritage. And in time, when history hands down the judgment, he will be celebrated and immortalized as amadoda sibili.