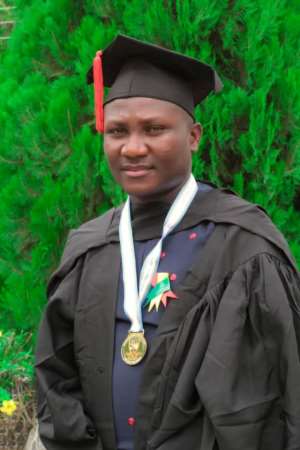 It is doubtless that, the most imperative political fixation within the largest opposition National Democratic Congress, NDC, at this time of the year is the elbowing for the parliamentary primaries to be soon held across the various constituencies in the country. Possible contenders, their supporters as well as some godfathers who think it’s their sole right to impose yet again their sons and daughters on the party as they did in 2015 are involved in this skirmish ahead of the crucial election that is likely to come up before close of August.

Clearly, groupings are being built, consultations are ongoing, agitations are swelling up, contestants are having sleepless nights strategizing and scheming on how to outmaneuver their opponents. Hundreds of debating platforms are springing up thick and fast in the social media. Everybody wants to win using whatever means available within and without the law.

Ningo-Prampram constituency is not left out in this internal political frenzy that will lead to selection and or imposition of those who will fly the flag of the party into the 2020 parliamentary elections. The constituency has become one of the most contentious in the party in the whole of greater Accra region. Its complexity started in the lead up to the party’s 2015 primaries with the emergence of Samuel Nartey George who is now the incumbent Member of Parliament, MP.

The bulky-bodied MP, emerged into the politics of the constituency with controversies and violent behaviour that sharply claptrap the peaceful nature of the place since the beginning of democratic rule. His controversies gave birth to agitations and near violence during the 2015 primaries when he employed the dangerous services of armed-wielding land guards to disrupt political activities in the area. It was monstrosity development. It led to clashes between his hoodlums and supporters of Hon Enoch Teye Mensah.

With such shameful controversies, weird accusations and creation of chaotic scenes, as well as waging war against both regional and national executives of the party, he succeeded in clinging onto what appeared to be a win for him. The party in the constituency gruffly divided and the constituency has since lost its peaceful nature and integrity to the dogs. Political watchers and commentators now say Ningo-Prampram is always in the news for negative reasons. The walking controversial MP, a former errand boy to Hon E.T Mensah has reduced the constituency into a state of derision. Call him Hon Controversial Sam George and you are not off beam.

Controversial Sam George who was always circled by heavily armed land guards ironically accused his arch-rival, Hon Enoch Teye Mensah during the parliamentary primaries of terrorising him and his supporters with landguards. But as nature will have it, the young politician who was desperate for power and saw himself achieving that through violence, was stripped naked when he allegedly invaded the election grounds of Shai-Osudoku constituency primaries in Dodowa with red-eyed terrifying landguards in support of his onetime friend, Dr Kpessah Michael Whyte.

His heavily built cold-blooded men scared residents of the constituency and its surrounding areas. His actions led to Dr Whyte losing that election to his widow rival, Mrs. Linda Akwele Ocloo, a teacher with no political experience, whose husband died in a tragic car crash in March, 2015, after he won the primary.

Not stopping from there, the round-bodied looking Ningo-Prampram MP was the only MP publicly humiliated and beaten up by the terrorist wing of the New Patriotic Party, NPP, vigilante group members who have strangely found their way into the security agencies during the Ayawaso West Wungon by-elections violence. He was slapped by a well built militia for opening his mouth without honour to shout ‘this is so wrong, you can’t kill a man in his own house’ when actually such had not happened. He lied flatly. The Short Justice Emile Short Committee that sat shortly to probe the ungodly violence at the by-elections has recommended that the MP needs to know when to open his mouth and that his actions were nothing sort foolish bravery.

These shameful controversies that have taken the centre stage of the constituency can only be surmounted by a political beautiful bride. This beautiful bride is quintessence of integrity and always gives the people’s factor prime attention. As I write, he is busy working out programmes and ideals that will make the constituency a better place for his people. This bride thinks that political power is about a social contract which must serve the interest of his people and not to create needless controversies. He understands the peculiarities of the constituency and has started with actions that will restore the lost integrity of Ningo-Prampram.

This political beautiful bride is critically thinking up development ideas which will accelerate rapid development of the constituency. This bride has also a multi-ethnic appeal which cuts across all the ethnic groups in the area whether it is the Ningos, Pramprams, Ewes, Northerners, the Muslims, or whoever. He is, in fact, the ultimate political beautiful bride of Ningo-Prampram.

It is in the light of the above, that many NDC delegates will continue to endorse the aspiration of Hon Michael Tetteh Kwetey since he declared his intention to run for the Parliamentary Candidacy of the party in the area. They see him as a fresh alternative who will bring development to all parts of the constituency and ensure that equity is done to all in the distribution and allocation of government resources and projects. He is the man of integrity and will therefore hold in high esteem the dignity of the people of the constituency both in the floor of Parliament and in public. Hon Michael Tetteh Kwetey, the constituency chairman is the political beautiful bride of the people of Ningo-Prampram.

Many see him as the most humble politician to ever serve the constituency. This is based on the fact that Mr Kwetey always stands out before his people as a shining star. He is the people’s man. His vision and passion for the well-being of the constituency always boom with the people. He always stands his grounds and makes available the needs of the poor and those who come his way. He never abandoned his people at time of difficulties!

Many Ningo-Pramprams, be they NDC or NPP, feel that his well known record of helping the needy and elderly, his spotless integrity and accountability will go a long way in fast tracking development of the area. There are no angels in politics, but Mr Kwetey cuts the picture of one. Members of the political class across ethnic lines see him as accommodating, somebody whose hold on power will not be suffocating. He is not a desperate power grabber who will use power to the detriment of others. There is certainly no doubt about Mr Kwetey being the political bride of Ningo-Prampram in the calculation for parliamentary primaries of the NDC to be held sometime soon.

As many philosophers hold the views that, those who must lift others up, must of need be on a higher ground. Mr Kwetey, a graduate of Entrepreneurship and double master holder in Oil and Gas as well as in Development Communication, an avowed Christian, is at a glance, a politician of hope and one of the most focused politicians in our contemporary time. He is a darling to every mind who is governed by rationality and objectivity; to men and women who cherish principled politics and abhor godfatherism ; to all people who see politics as an enterprise for common good.

With the rebirth of Mr Kwetey, it would be a great tragedy for Ningo-Prampram constituency to suffer a reversal of these fortunes at this time especially when the party is in opposition. The party will not fall into the wrong hands of the controversial MP, Samuel George.

The writer is a Senior Journalist, Managing Editor of The National Tribute newspaper, Columnist with Ghanaweb.com and Modernghana.com and an activist of the National Democratic Congress, NDC. Email; [email protected]