The Confessions Of An Economic Hitman 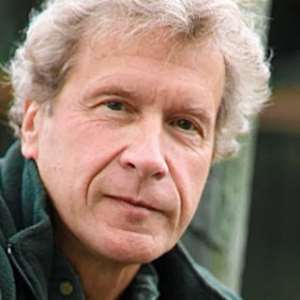 A hitman is a person hired or paid to kill someone. However, this article is about the confession of one paid to ‘kill,’ destabilize or destroy a country’s economy. Economic destabilizations in Third World Countries by foreign powers, to create hardships and suffering to the population, are subjects I have written a lot on ModernGhana news site.

I don’t support crime, therefore, the purpose of this article is not to promote the book of one who has committed crimes around the globe, including Africa, and now confessing in his book.

I hope this article will change the mind and attitude of poor Africans who want to take knives and cutlasses to cut the throat of their own brothers or African leaders because of politics or corruption.

In an interview with Thom Hartmann, the former chief economist, major international consultant, an adviser to the world bank, United Nations, and the International Monetary Fund, author John Perkins, confessed about his role in stealing, destabilizing of Africa’s economy and the assassinations of world leaders, who ignore to play the game. He gave Patrice Lumumba of Congo for an example.

I prefer to call all oppressed African countries, such as Ghana, Sierra Leone, Nigeria, Guinea, Liberia etc, great African countries than Holland, United States Of America, Belgium, or France, because these countries killed Africans during slavery, colonialism, Apartheid, and used biological weapons, such as Aids and Ebola, to build the treasures they have today.

Without spilling the blood of Africans to take control of their resources and still killing Africans in Congo with Ebola, just because of the rich Coltan desperately needed throughout Europe and America, for mobile telephones and computers, foreign powers would have been miserable more than a church mouse.

In reality, it is a disgrace and sheer ignorance for any African or anyone to assume that the United States of America is a great country. They know that Africans don’t read the reason, they continue mocking Africans that “If you want to hide anything from an African write it in a book.”

Frankly, speaking, if Africans do read, they would have known deeply that the crimes of foreign powers, including the US government, are more powerful than the corruption of their leaders.

In my opinion, it’s better Africans don’t read to be familiar with crimes perpetrated against the continent, else, angry mobs will rise against these baldheads in sheep's clothing and chase them out of Africa.

According to John Perkins new book, ‘The New Confessions of an Economic Hit Man,’ featuring 15 explosive new chapters, the former economic hit shares new details about the ways he and others cheated countries around the globe out of trillions of dollars.

Then he reveals how the deadly EHM cancer he helped create has spread far more widely and deeply than ever in the US and everywhere else, to become the dominant system of business, government, and society today. Finally, he gives an insider view of what we each can do to change it.

Economic hitmen are the shock troops of what Perkins calls the corporatocracy, a vast the network of corporations, banks, colluding governments, and the rich and powerful people tied to them. If the EHMs can’t maintain the corrupt status quo through nonviolent coercion, the jackal assassins swoop in.

The heart of this book is a completely new section, over 100 pages long, that exposes the fact that all the EHM and jackal tools, false economics, false promises, threats, bribes, extortion, debt, deception, coups, assassinations, unbridled military power, are used around the world today exponentially more than during the era Perkins exposed over a decade ago.

The material in this new section ranges from Seychelles, Honduras, Ecuador, and Libya to Turkey, Western Europe, Vietnam, China, and, in perhaps the most unexpected and sinister development, the United States, where the new EHMs—bankers, lobbyists, corporate executives, and others, “con governments and the public into submitting to policies that make the rich richer and the poor poorer.”

But as dark as the story gets, this reformed EHM also provides hope. Perkins offers a detailed list of specific actions each of us can take to transform what he calls a failing Death Economy into a Life Economy that provides sustainable abundance for all.

Recently, I posted an article entitled “The Evil One Is Not Maduro Of Venezuela But The US Government,” on ModernGhana news site: https://bit.ly/2vdpbp2. If readers are not interested how will you know that it’s the US government that is causing famine and hunger to the helpless Venezuelans?

Reading much about the crimes the US government commits in Africa, roles in destabilizing countries economy and overthrowing leaders they hate, inspired me to write the article before later watching discussion and forums on this particular issue accusing the US government of economic genocide in Venezuela.

It’s a shame that in the big seas, the big fish always try to eat down the small fish. That’s what makes them great! I have said it over and over that, just as the slaves revolted against their masters, America will reap all the evil they have sown on this earth, in a horrible manner than September 11. Time will tell.