Notre-Dame artwork moved out for restoration 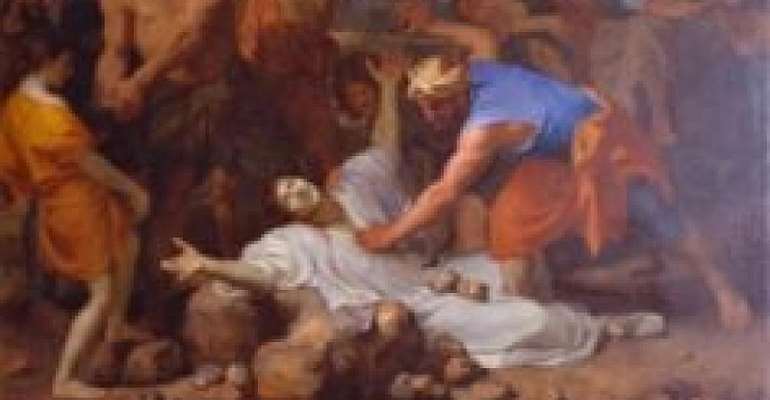 It's been three days since Riester boosted morale in France and elsewhere by saying the main structure of the Notre-Dame cathedral had been saved by firefighters.

Most of the artworks had been saved, and the damage was relatively minor.

The paintings are being taken to the Louvre Museum's restoration and repair centre in Paris. Experts will soon be getting down to work on the cathedral's surviving canvases.

Centuries old treasures
Four works are in an area that is still considered risky, however.

Among the art treasures are a series of paintings known as 'Mays'.

These were paintings donated by the goldsmiths' guild every year to the cathedral in the 17th and 18th centuries.. Fifty of the total 76 were inside when the fire broke out. Among them, two 17th century paintings from Charles Le Brun.

As usual, the subjects were apostles, the crucifixion of Saint Andrew for example, or the Stoning of St Stephen. Located on the western wall of the Saint William chapel inside Notre Dame. Jean Jouvenet's  1716 Mary's Visitation  or another 17th century work, St Thomas Aquinas, Fountain of Wisdom by Antoine Nicolas.

Salvation
A human chain of firefighters and church officials saved the majority of the most sacred artefacts and valuable items inside the cathedral on Monday night when the fire broke out and there were fears that they would be destroyed.

Given up for lost, a copper statue of a rooster containing relics that sat on the fallen Notre-Dame spire, and which was also a lighting conductor, was found among the ashes, dented but intact. In its base it contains sacred relics from St Genvieve Saint Denis and a thorn from the crown placed on Jesus' head when he was crucified.

Unesco business
President Emmanuel Macron welcomed a delegation of officials from the UN's cultural agency Unesco on Friday to discuss offers of aid from other countries to help restore this emblem of France.

He was accompanied by army general Jean-Louis Georgelin who has been named by Macron to oversee the process.

Notre-Dame Cathedral stands in the middle of a Unesco World-Heritage site known as, "Paris, Banks of the Seine". It was listed in 1991.