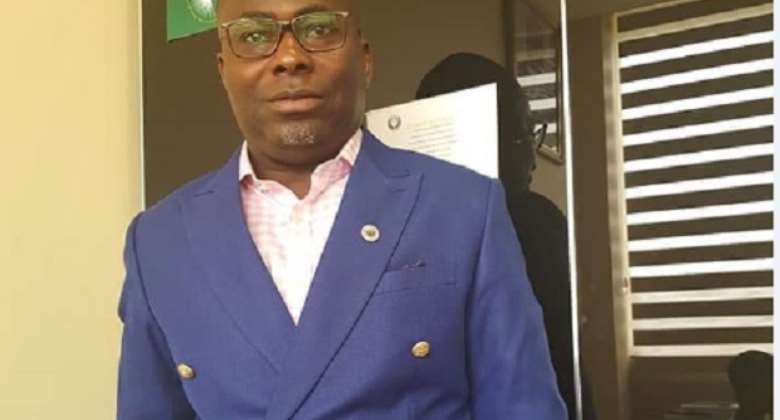 A group of drone pilots under the Inter Ministerial Committee on Illegal Mining (IMCIM) engaged in the anti-galamsey fight, have expressed worry over the continuous absence of Presidential Staffer, Charles Bissue in anti-galamsey activities.

According to the group, after Charles Bissue stepped aside due to a latest undercover journalism undertaken by Investigative Journalist, Anas Aremeyaw Anas dubbed 'Galamsey Fraud', it has affected the smooth running of the campaign.

They are therefore urging the security authorities and the government to expedite action on the investigations.

The group made this known in a press statement signed by Emmanuel Quagraine, Shama District Drone Pilot.

Here is the full press statement:

We need Charles Bissue back to Office - Drone Pilots

It looks like it has been a decade waiting for the truth to be revealed but yet we all look like we have been all fooled to believe accusations from undercover journalist Anas and Tiger Eye PI.

We the drone pilots of the Inter Ministerial Committee on Illegal Mining (IMCIM) hereby appeal the President of the Nation, Nana Addo Dankwah Akufo Addo, to call Mr Charles Bissue back to Office as investigations are expedited.

Our request is to let the President be aware that the absence of Charles Bissue has derailed a lot of progress made in the fight against Galamsey especially in the Western, Western North and Ashanti regions.

Mr President, Minister of Environment, Science, Technology and Innovation and All stakeholders, if we really mean to fight this canker befalling the Nation then we must do it right and be resolute.

When Charles Bissue was at post, he was everywhere, making sure that our water bodies and lands were protected.

But now just take a look at River Ankobra, River Pra and other rivers that were made clean during Bissues time in office and one would know the extent of damage made.

We believe that Anas Aremeyaw Anas has fooled us all wiith his so called expose themed "Galamsey Fraud".

We the drone pilots are also making it known that Charles Bissue's resignation has affected our duties in various districts as to not knowing when we will start operations or when some of us will be called to duty because Bissue had been doing that as part of his functions.

#We live for Ghana

#We work for Ghana