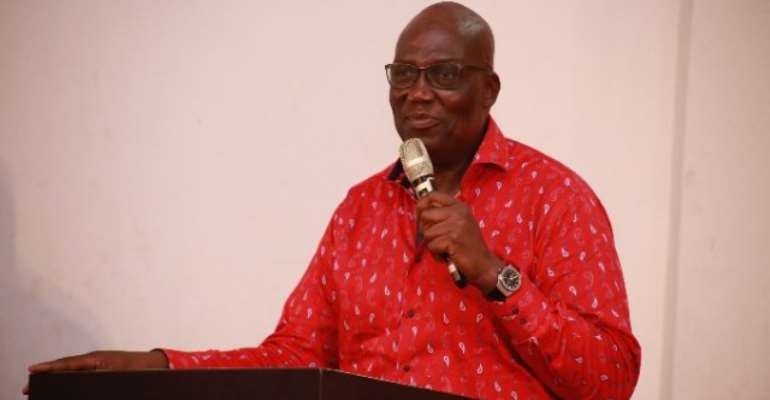 Speaking on the topic, ‘Technology disruptions in today’s job market- how prepared is the average graduate?’, Ken Thompson noted emerging roles such as Digital Transformation and Organizational Development Specialists.

“There is a long winding road ahead of you and praying for your ‘breakthrough’ is an exercise in futility; the future is digital, and you must embrace it to succeed. Your dream job is not secure unless the company or institution you hope to work for has embraced these disruptive technologies,” he said.

The Dalex Finance CEO defined ‘disruptive technology’ as an enhanced or a completely new technology that replaces or disrupts an existing one, rendering the latter obsolete.

He cited the internet, mobile phones, social media and mobile money as key examples of technologies that have caused serious ‘revolutions’.

“the marriage between mobile phones and the internet has changed and will continue to change the way we live. Our postal system has become obsolete. Mobile Money transactions are growing whilst traffic in the banking halls and deposits with financial institutions are reducing…the banks have already lost out,” he said.

Illustrating the growth of Mobile Money he said, “as at the end of December 2018, there were approximately 13 million Mobile Money accounts as against 11.6 million banks accounts.

“Mobile Money recorded about 233 billion transactions by the end of last year which far exceeds the 203 billion cheque transactions. That is how fast Mobile Money is changing the financial landscape.”

He admonished the students to take advantage of emerging trends, innovations and new technologies to acquire skills beyond the lecture hall.

“Read widely, work harder and adapt appropriately, if you want to fit into the fast-paced world of work,” he stated.

President of UG Chapter of Finance Students Association (FINSA) Dii-Winga Amegnonka said, “…the bar appears higher than we ever imagined as students. It is no longer a case of good grades and a first class which have been the preoccupation of many students.”

Other speakers at the UG event were David Ganesha Tetteh, CEO of Bargane Investment Holdings Ltd and Bernard Obeng Boateng, a Financial Modeler and Data Analyst.

The former event was organized by the Finance Students and Associates (FINSA) of the University of Ghana Business School (UGBS) as part of the FINTECH day celebration.

The KNUST event was jointly organized by the National Union of Ghana Students (NUGS) as part of activities lined up for the African Changemakers Tour.