The Sharks Quiz - Here are your Quarterfinalists 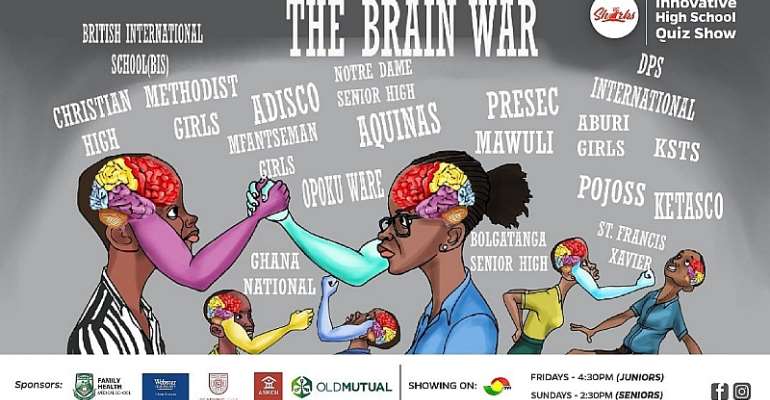 Have you been following The Sharks Quiz? If not, then you are missing out on an incredible show which test students’ competencies in Literacy, Numeracy, STEM and General Knowledge.

The fun-packed competition involves two competing schools at a time, each with four students and an alternate who can be substituted at any time in the competition. Team-work plays a key role as each school can feature a unique blend of Arts, Business and Science students.

Here are the eight schools who have qualified for the quarterfinals stage of the competition:

Presbyterian Boys, Legon – Presec met the alliance school Aburi Girls in the first round. The very close contest saw the “Blue magic” lads edging the “Bepow so Hann” ladies in the final round. Let’s just say it was a lovely affair.

Opoku Ware School – First-timers on the show, OWASS was devastating in their first-round victory against Bolgatanga Senior High, producing what many have described as the widest ever margin in any national competition. They will meet Presec in the quarterfinals.

Mawuli School – Mawuli School did the unthinkable, defeating defending Champions Christian High in the first round. The team was solid with their anchor, Isabella leading with the most correct answers in General Knowledge.

Christian High – Lucky losers Christian High made a comeback by being the highest scoring losing side and defeated Keta Senior High/Tech in their second prelims contest. They were a much more composed side in the second round and will meet Mawuli School again at the quarterfinals.

Pope John Senior High and Seminary – The Pojoss side displayed a solid performance in their first round match against Methodist Girls Senior High. Many have tipped them to go all the way

DPS International – The tema-based Indian franchise spell-bound the audience by their impressive prowess especially in the STEM round in their victory against fourth-placers from last year Adisadel College.

Adisadel College – By virtue of being the highest scoring losing side, Adisadel College like Christian High has another shot. This time they’ll meet KSTS in the quarterfinal

Catch The Sharks Quiz every Friday at 4.30 pm on TV3 for the Juniors event, and every Sunday at 2.30pm for the Seniors event.

Other Sponsors are the Zaina Lodge, Zepto, Indomie, Ecampus, Dext Technology, Voltic and B5 plus.