Ghana Lost $18.9M In 2016 As Economic Costs Of Violence Against Women 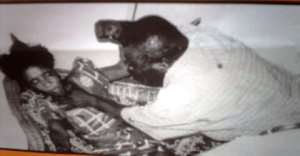 A study conducted by the Institute of Statistical, Social and Economic Research (ISSER) of the University of Ghana, has revealed that Ghana in 2016 lost $18.9 million (GHC73.5 million) as economic costs of violence against women and girls (VAWG).

The study report dubbed “Economic and Social Costs of VAWG in Ghana” revealed that women survivors who accessed services and reported, incurring expenses spent $53 annually on average, which is the equivalent to 10 per cent of their annual per capita expenditure on non-food consumption.

The new research highlighting the high economic and social cost of VAWG in Ghana was launched on Wednesday in Accra by Madam Malonin Asibi, Director of the Domestic Violence Secretariat of the Ministry of Gender, Children and Social Protection.

Madam Asibi said “VAWG undermines the quality of life for families and the well-being of children, which has long-term consequences for our social life”.

The project, funded by the United Kingdom Department for International Development (DFID) as part of its global What Works to Prevent VAWG Programme, found that violence against women places a significant burden on women and their families.

Aside Ghana, the DFID is also funding similar research projects in Pakistan and South Sudan (2014-2019).

In 2016, a consortium, led by the National University of Ireland (NUI), Galway, with Ipsos MORI and the International Centre for Research on Women (ICRW) at the University of Ghana and working in collaboration with the ISSER, undertook mixed-methods study to estimate the economic losses caused by VAWG as well as the non-economic costs of violence that impact on economic growth, development and social stability in Ghana.

Professor Felix Asante, Director, ISSER, University of Ghana, and the Project Co-Principal Investigator, said “This research underscores the importance of understanding the economic impacts of violence against women and its serious consequences for the wider economy.”

The study sample shows a prevalence of intimate partner violence (IPV) at 43 per cent among currently partnered women aged 18-60, in 12 months (2016) in the country.

This is higher than the Ghana Demographic and Health Survey (GDHS) because the study included economic, psychological, physical and sexual violence and had a wider age range than the GDHS, which focused only among women aged 15-49.

Mrs Enyonam Azumah, Deputy Team Leader for Social Sectors, DFID, said “the impact of the Ghana study may be significant in breaking new ground in understanding the impact of VAWG on the physical and mental health of individuals, community cohesion, economic stability and development in order to provide further evidence for government to accelerate efforts to address VAWG.”

Key findings of the study showed that IPV and violence by family members were the most common forms of violence experienced by women in Ghana.

It said four out of 10 Ghanaian women surveyed who were in current relationship experience IPV, and two women living with natal or marital families, experienced family violence (FV) in 2016.

It indicated that the scale of VAWG-related loses to the economy was significant.

With regards to intergenerational impact, the report estimated that 300,000 school days were missed by children per year in Ghana due to their mothers’ experience of violence.

It said this missed schooling had long-term impacts on capacities and future earnings of the children of women who experience violence.

It said VAWG could deepen household poverty; stating that many women who experience VAWG bear increased costs due to violence, for example medical care.

With regards to work and productivity impact on women, the study said that in Ghana, economically, active IPV survivors were absent from work or less productive for 12 days within the study period.

On business losses, the study revealed that businesses incur losses due to IPV and non-partner sexual violence experienced by their female employees outside workplace.

"One in four female employees in the businesses surveyed reported productivity loss as a result of IPV equal to 14 days in the last year,” the study said.

She said the study demonstrates that preventing violence was necessary and important to integrate into government policies and budgets on a priority basis to secure Ghana’s prosperity and its economic transition to a middle-income country.