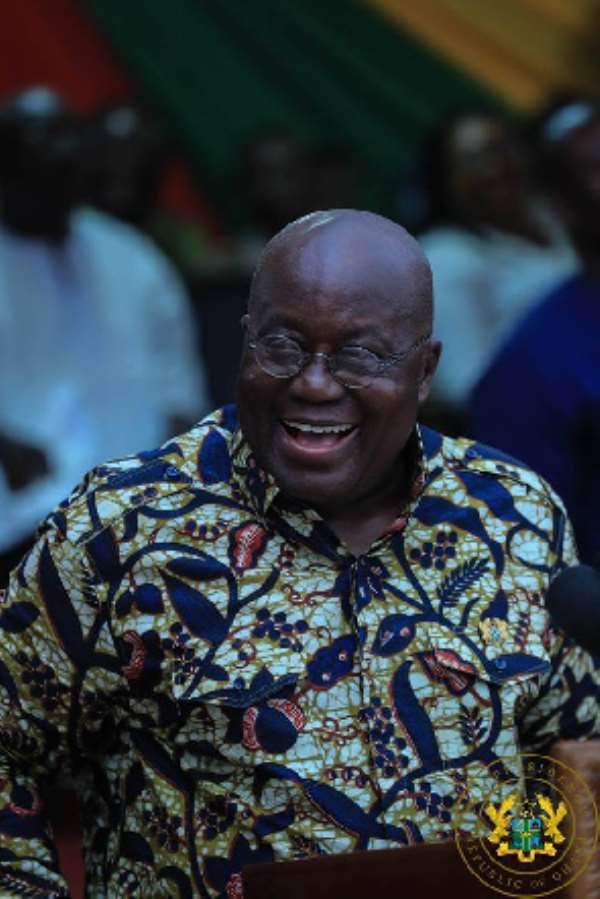 Government will soon lay the Tree Crop Development Board bill before parliament to effectively manage and regulate non-traditional crops such as coffee, rubber, oil palm, mango, coconut and cashew to enable Ghana reap maximum benefits from these crops.

The Board will oversee and market non-traditional crops to boost production, increase revenue and create job opportunities for people, especially the youth in the country.

Parliament is expected to discuss and pass the bill when it reconvenes after the Easter break.

President Akufo-Addo announced this at separate durbars at Techiman, Kintampo, Jema and Nkoranza on the last day of his working visit to the newly created Bono East region.

He was responding to sentiments expressed by the chiefs and people of those areas about the fall in the producer price of cashew, which is fast becoming a major cash crop in the region and other parts of Ghana.

It would be recalled that in February last year, President Akufo-Addo launched the Cashew 10-year Development Plan at Wenchi in the then Brong Ahafo Region, which was the first-ever comprehensive plan for the country’s cashew sub-sector, currently Ghana’s leading agricultural non-traditional export.

The President told the chiefs that the proposed Tree Crop Development Board will operate like the Ghana Cocoa Board and provide policy direction to the sector.

Touching on the creation of the new region, President Akufo-Addo called on the chiefs and opinion leaders to give their maximum support to their regional minister, his deputy and the officials of the Bono East Regional Co-ordinating Council to enable them discharge their duties effectively.

He advised them against divisiveness and any crude way of resolving issues as these could derail the gains being made in bring governance and development closer to people.

President Akufo-Addo debunked claims that the creation of new regions would divide the country adding that it would rather lead to an accelerated development and bring all Ghanaians together.

“The new regions are not to divide us as Ghanaians but to strengthen our democracy and governance systems. It’s not to create any divisions amongst us. On the contrary, we are organizing to be even more united than before”, the President emphasized.

At Techiman, President Akufo-Addo inspected a 200-acre land donated by the Omanhene of the area, Oseadeeyo Akumfi Ameyaw IV, to be used for the construction of the office of the Regional Co-ordinating Council and offices for other departments and agencies.

The President also presented eight brand new vehicles and five motor-bikes to the new region and indicated that the core staff of the RCC, including the Chief Director, Planning Officer, Budget officer, Accounts officers and others are already at post to start work.

At Nkoranza, the Minister of Roads and Highways, Kwasi Amoako-Atta announced that work will soon begin on a number of main roads in the Bono East region.