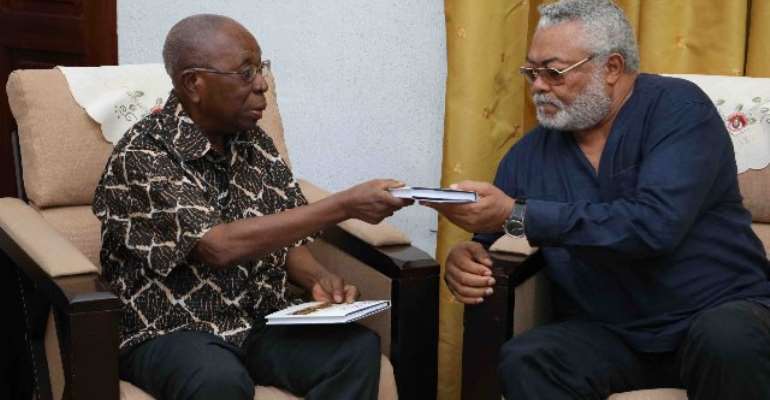 In a hearty discussion with former President JJ Rawlings, Mr. Darkwa said when the 1992 constitution was promulgated he and a colleague prayed regularly for it to be sustained.

The former Clerk of Parliament commended the former President for his role in sustaining the Fourth Republic recalling that when the constitution was first presented to the then Head of State, he called on all to ensure that it was a lasting legacy for Ghana. 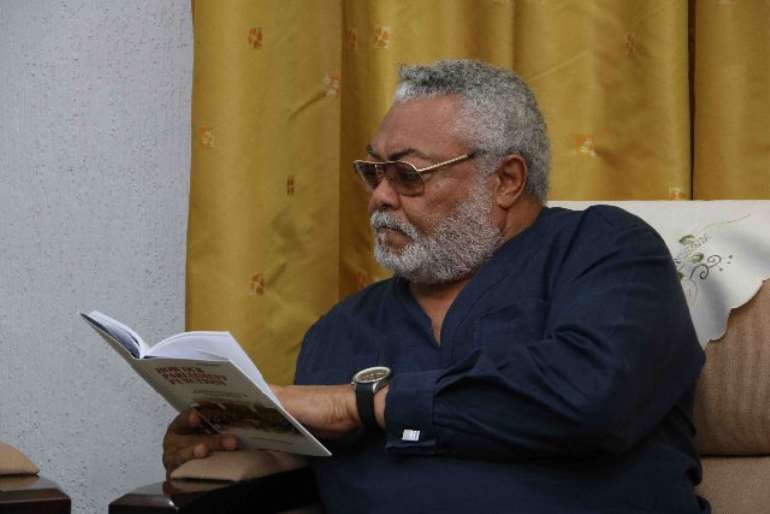 Former President Rawlings said he was honoured to have received the books and stated he will endeavour to read them and take some notes for his autobiography.

He commended the former Parliamentary Clerk for writing the book and noted that not many are writing, allowing some to skew the history of Ghana’s political development. 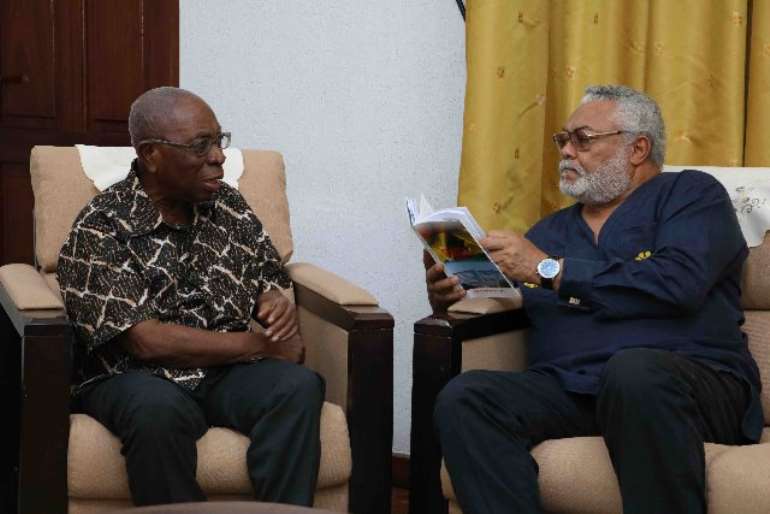 Mr. Samuel Ntim Darkwa has the enviable record of having worked in the parliament of all four Republics He was also the clerk to the Constituent Assembly which drafted the 1992 constitution.

Co-author K. B. Ayensu was Ghana’s first Clerk of Parliament. 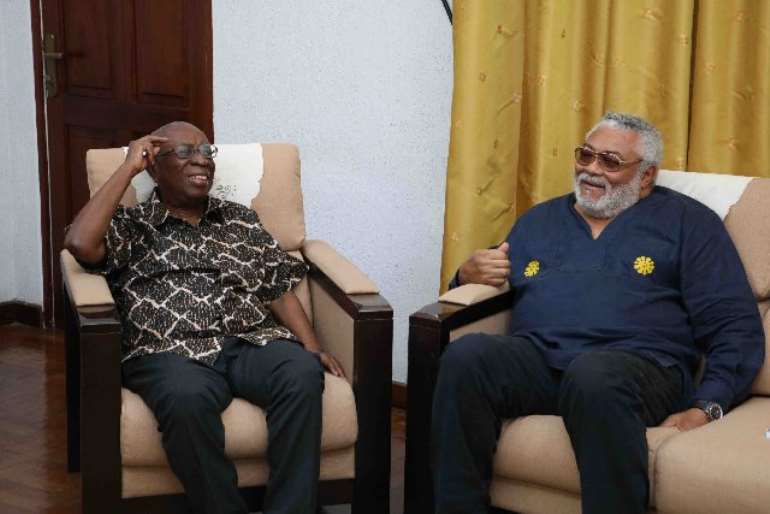 Covid-19: Extension Of Lockdown Will Be Decided – Akufo-Addo
1 hour ago