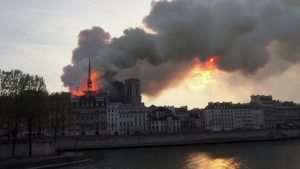 The spire atop the iconic Notre Dame cathedral collapsed amid a devastating fire at the Paris cathedral on Monday April 15 just days before Easter Sunday.

Images and video showed flames and thick plumes of smoke billowing up and around the spire, which is surrounded by scaffolding. Video from the scene showed the flaming spire lean to one side and then collapse amid the smoke.

The fire rapidly spread and took over the iconic cathedral as onlookers nearby scrambled in disbelief to get a view. Seven or eight firetrucks were trying to tackle the flames and the smell of smoke emanated through the air.

The firetrucks were having difficulty getting to the scene amid the daily afternoon rush hour. Police said on Twitter the public should avoid the area and allow emergency vehicles into the scene.

On Twitter, Hidalgo said: “A terrible fire is underway at Notre Dame Cathedral in Paris. The fire brigade are trying to control the fire. We are mobilized locally in close connection with church authorities. I ask everyone to respect the security perimeter.” 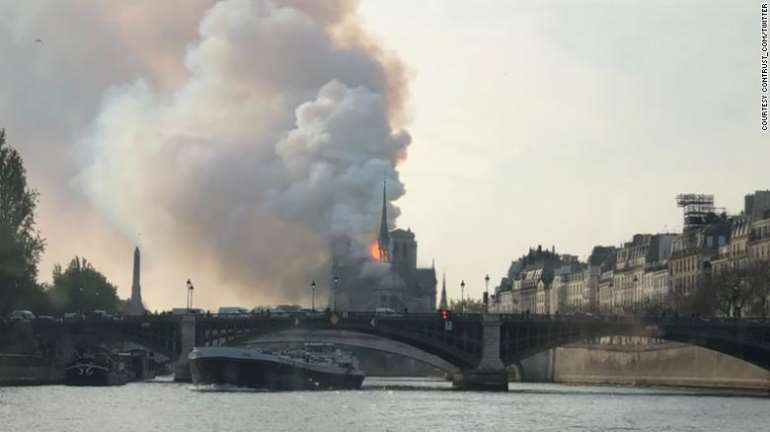 Smoke billowed up from the Notre Dame cathedral on Monday in Paris, France. 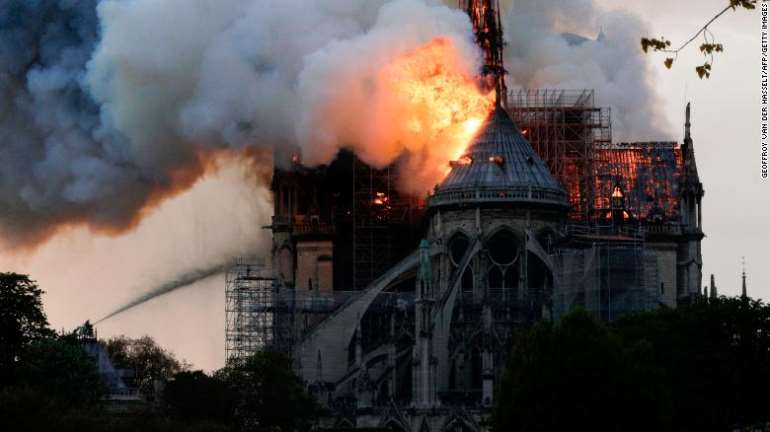 Flames and smoke are seen billowing from the roof at Notre-Dame Cathedral in Paris on April 15, 2019.

The medieval cathedral was completed in the 13th century and today, with its towers, spire, flying buttresses and stained glass, is considered a feat of architecture as much as a religious symbol. 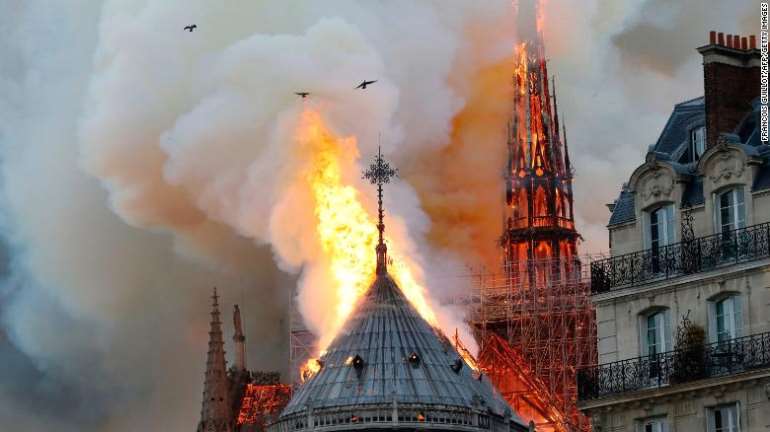 Smoke and flames rise during a fire at the landmark Notre-Dame Cathedral in central Paris on April 15, 2019, potentially involving renovation works being carried out at the site, the fire service said.

Located in Île de la Cité, a small island in the middle of the city, the cathedral is one of Paris’ most popular attractions, drawing an estimated 13 million visitors a year. 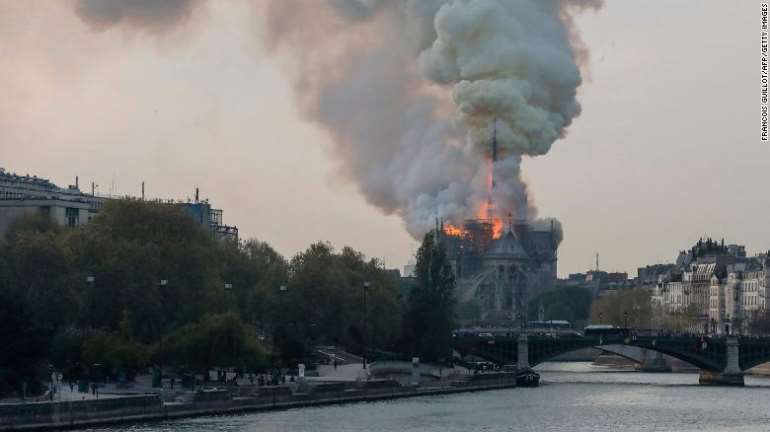 Smokes ascends as flames rise during a fire at the landmark Notre-Dame Cathedral in central Paris on April 15, 2019 afternoon. 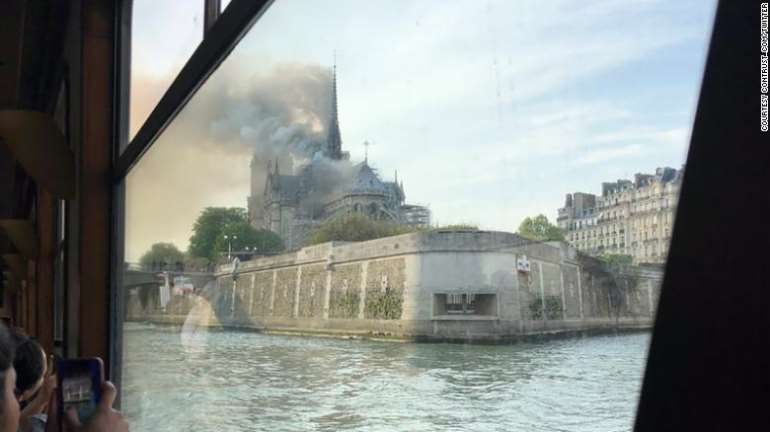 It was not immediately known what caused the fire and whether anybody was injured.

The cathedral has been surrounded by scaffolding and was under construction, as the below photo from last Thursday shows. 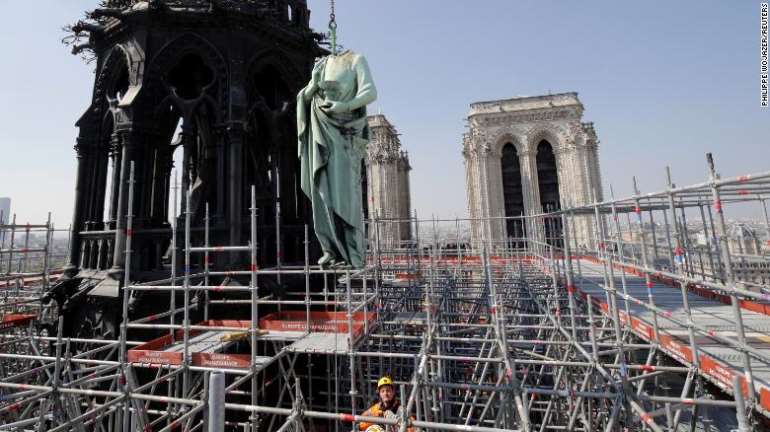 A statue of Saint John is removed from the spire of Notre Dame cathedral by a crane before restoration work, in Paris, France, April 11, 2019.

French President Emmanuel Macron postponed a planned speech Monday night because of the Notre Dame fire, a spokesperson for the Elysee Palace says. –