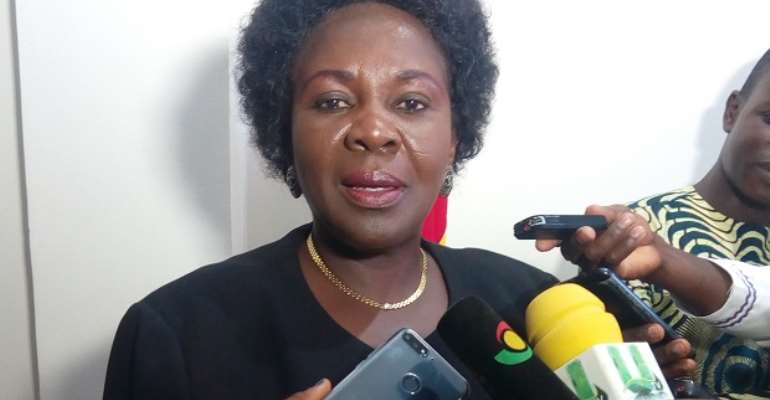 In the wake of the rampant flooding in the capital, the government has released some GHc197 million for the desilting of gutters as part of efforts towards addressing the situation.

Some parts of the capital have experienced severe flooding in recent times.

About 10 people have lost their lives in the recent floods, according to the National Disaster Management Organisation.

Speaking to the media during a familiarisation tour of the city, Sanitation and Water Resources Minister, Cecilia Dapaah indicated that the contract has already been awarded.

“I am boldly saying on record, that the government of Ghana has allocated an amount of hundred and ninety-seven million cedis to the Ministry of Works and Housing and contract have been given out. The Ministry of Works and Housing is in charge of flood control. We just had a meeting last Friday, they are going to drill and desilt our gutters. When this is done to the task, we don't expect anybody to drop anything in our gutters,” she said.

Five people were confirmed dead following about a 3-hour long downpour on Sunday.

According to the National Disaster Management Organization (NADMO), a middle-aged man was found dead at Ablekuma, while another was found at Odorna in Adabraka, all in the Greater Accra region although two people were reported to have drowned in that area.

Last week, a similar incident left five people dead in Accra, raising concerns over the preparedness of the city for the 2019 rainy season which has been predicted to be more intense compared to what was experienced in 2018.

The Meteorological Service Department had earlier predicted thunderstorms and heavy rains as the country moves into the raining season.