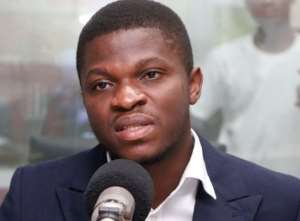 In its third edition of the moment of truth series, the National Democratic Congress has alleged the National Health Insurance Scheme is on the verge of collapse under the watch of President Akufo-Addo.

Speaking to the press, the National Communication Officer of the NDC, Sammy Gyamfi, intimated that the NHIS is in debt and owe service providers in all the sixteen regions of the country claims covering a period of almost twelve months.

He said there has been a decline in active membership of the scheme over the last two years due to loss of confidence by the populace. With thirty-nine percent of the national population registering in 2016, decreasing to thirty-seven percent in 2017 and then further down to thirty-five percent in 2018

Ironically, Sammi Gyamfi noted that despite the clear decrease of active membership in the scheme, compensation to the staff of the National Health Insurance Authority keeps soaring astronomically.

He also intimated that, despite the government's collection of revenue in the name of the NHIS, actual government release to the NHIS has reduced considerably.