Busy Weekend For The President! As Akufo-Addo Commissions Projects 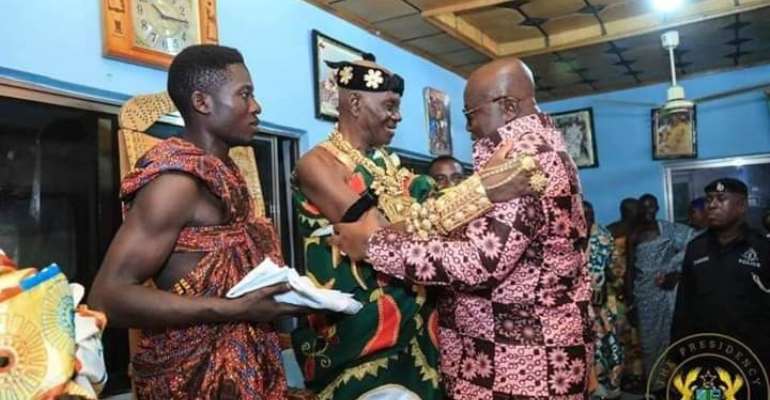 The President commissioned a GHC428,125.01 forty-bed female ward at the Atebubu government hospital funded solely from the municipal assembly’s internally generated funds and a new office for the National Health Insurance Authority also completed from the same source.

Speaking at an inter-denominational service, President Akufo-Addo promised to deal with the spate of armed robberies facing the municipality and also fix the Atebubu-Kwame Danso and Atebubu-Fakwasi roads.

While calling for support for the regional minister and his deputy, he promised to ensure equity by fairly distributing regional offices across the new region.