Secret Military Files Detail Use Of French, US And UK Weapons In Yemen 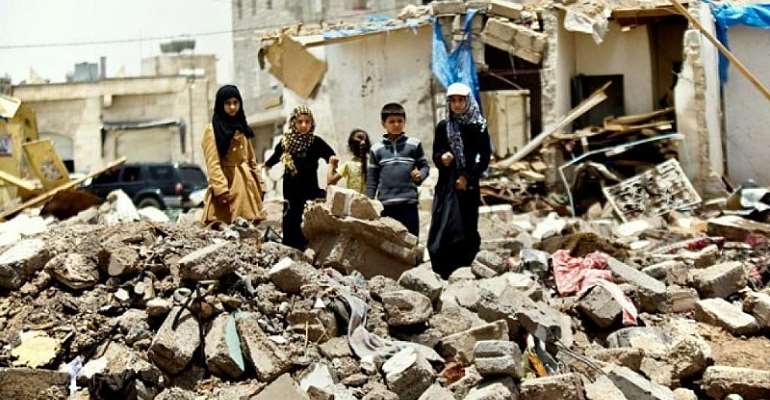 Weapons made in Western countries have been extensively used in Saudi-led combat operations in Yemen, including in civilian areas, according to secret French military documents revealed by a French-led team of investigative journalists on Monday.

According to the investigation, France's military intelligence agency, the DRM, submitted documents detailing French-made military equipment deployed in the Yemen conflict in a 15-page report to the French executive last October.

The DRM report contains a map estimating more than 430,000 Yemeni people live within the range of French artillery weapons on the Saudi-Yemeni border. Disclose estimates French weapons have resulted in civilian casualties.

The revelations contradict French government statements about its awareness of how French-made weapons were being used in the conflict.

Asked whether French weapons had been used against civilians in Yemen, Defense Minister Florence Parly said in January: “I have no knowledge as to whether [French] weapons are being used directly in this conflict.”

However, the DRM documents are dated 25 September 2018, and Disclose claims the report containing them was submitted to Parly, President Emmanuel Macron, Foreign Minister Jean-Yves Le Drian and staff of Prime Minister Edouard Philippe at a defence council meeting on the Yemen conflict in the presidential office on 3 October 2018.

Parly assured in October there were no negotiations for new weapons deals with Riyadh in the works.

But the DRM documents also refer to a contract signed in December between Saudi Arabia and French government-owned weapons manufacturer Nexter Systems to deliver new armoured vehicles between 2019 and 2024.

US investigative site The Intercept says the report highlights the Saudi coalition's dependence on weapons systems provided by Nato members, citing the deployment of weapons, aircraft and ships from the United States, Britain, Germany as well as France.

US President Donald Trump said in October that he did not want to risk jeopardising 110 billion US dollars' worth of Saudi investment by pulling support for the coalition.

“You know what they are going to do?” Trump asked in response to the prospect of halting US arms sales to Riyadh. “They're going to take that money and spend it in Russia or China or someplace else.”

But based on the DRM documents, The Intercept argues the Saudi coalition is dependent on weapons and defence systems manufactured in Nato countries, and that Saudi Arabia and the UAE would have to essentially rebuild their arsenals to continue with Russian or Chinese support.

France, the United States and other Western countries have faced criticism over arms sales to Saudi Arabia and its partners over consequences for a conflict that has affected 28 million people and caused what the United Nations calls “one of the worst humanitarian crises in the world”.

In addition to weapons from France, Britain and the US, the report mentions military equipment from Sweden, Austria, South Korea, Italy and Brazil.