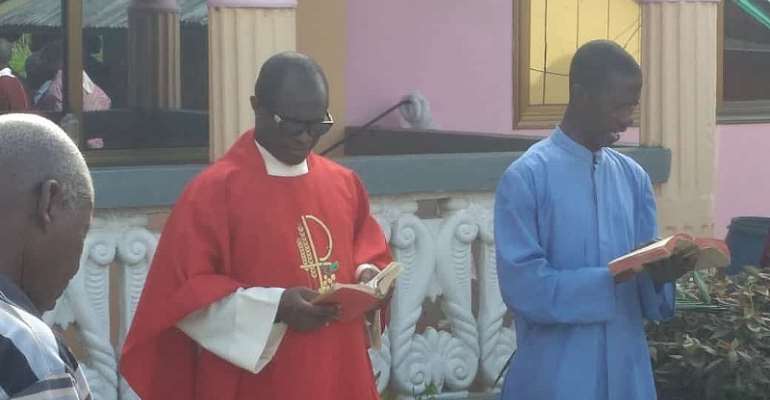 The Saint Edward Roman Catholic Church of Nuba in the Jomoro Municipality of the Western Region joined all Christians across the globe to observe Palm Sunday, April 14, 2019.

The church members took to the principal streets to of Nuba and its environs with decorated palm leaves sang 'Hosanna'.

The chanting of 'Hosanna' made the folks in the town to feel the presence of Jesus Christ and remembered his death and resurrection.

The children among them became very happy.

They, therefore prayed for the community, Jomoro Municipality and Ghana as a whole.

Addressing the congregation, Rev. Father Samuel Bulu became exited and said "Today marks the beginning of the Holy Week. Thus, we are called upon to follow Jesus and live with him the last events of his earthly life".

He added that "In today’s liturgy, we celebrate first the triumphant entrance of Jesus into Jerusalem amid the jubilation and chants of Hosanna of the crowd. Jesus enters the holy city, where he will suffer, die, be buried and resurrect for our redemption".

He noted that "Then, the readings for the Mass narrate the Passion of Jesus: his sufferings, crucifixion and death as the humble Servant of God. From the Hosanna chants of the triumphant entry, we pass to the “crucify him” of the Passion".

He observed that "But the attitude of Jesus remains the same: humble and silent. He bears the betrayal of Judas Iscariot, the abandon of his close friends, the hatred of the Pharisees, chief priests and scribes, the unjust condemnation of Pilate, the scourging and beatings of the soldiers, the curses and insults of the crowd, and the shameful death of the cross in obedience to the Father for our sake".

He concluded that "In any case, whether we are agents or victims of such acts, we must always remember that God will surely save the just and the innocent. He will not put them to shame. Amen".

Christians all over the world celebrate Palm Sunday. Palm Sunday is a Christian moveable feast celebrated in all major Christian churches, Roman Catholic, Protestant, and Orthodox.

The day is also known as Passion Sunday in recognition of the beginning of Holy Week and Jesus’ final agonizing journey to His crucifixion, the Sunday before Easter.

The feast commemorates Jesus’ triumphal entry into Jerusalem, an event mentioned in each of the four canonical Gospels.

In Ghana many churches will be decorated with crafted crosses from palm leaves. Children will serve as an integral part of the service since they enjoy the processions with the crafted crossed palm leaves sing “Hosanna”.

Some ceremonies begin with the blessing of the palms. Afterward, many people take the palms home and place them in houses, barns, and fields.

Palm branches are widely recognized symbol of peace and victory, hence their preferred use on Palm Sunday.

The use of a donkey instead of a horse is highly symbolic, it represents the humble arrival of someone in peace.

The traditions of Palm Sunday serve as reminders of the life-changing events of Holy Week.

Today, many Palm Sunday traditions remain much the same as those celebrated in the tenth century. 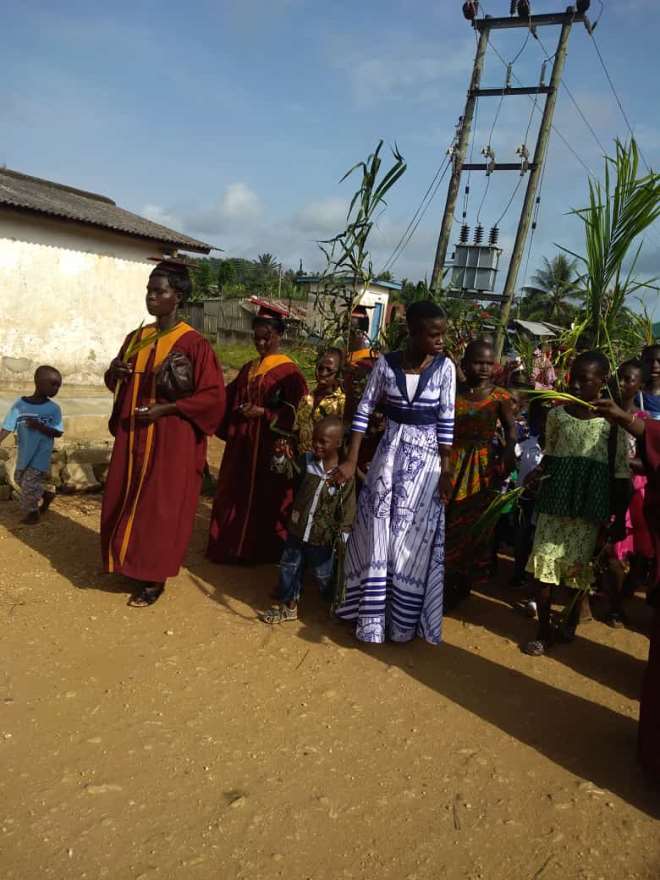 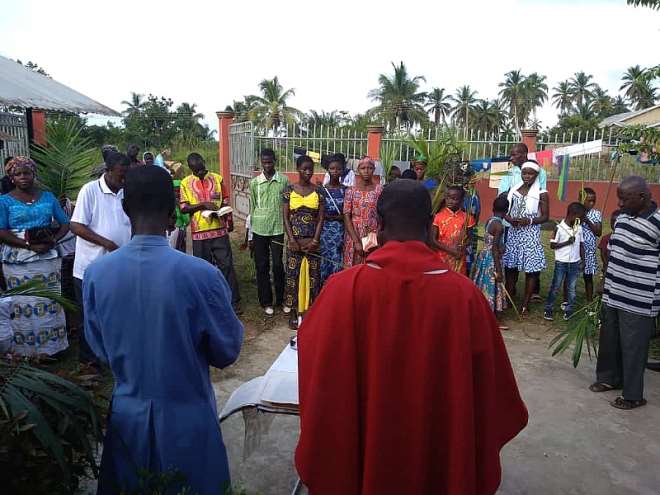 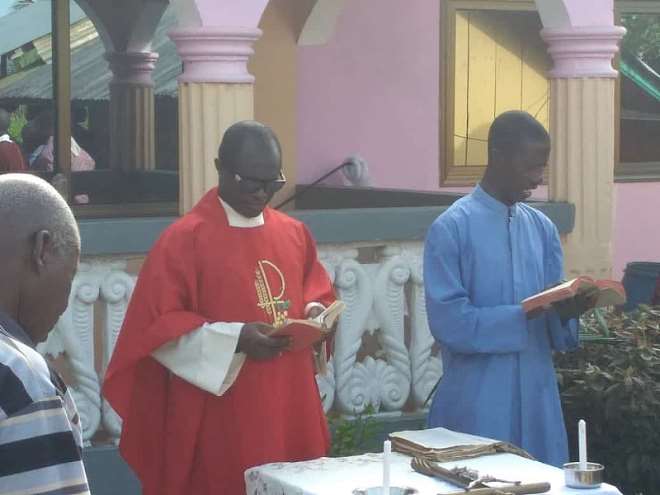 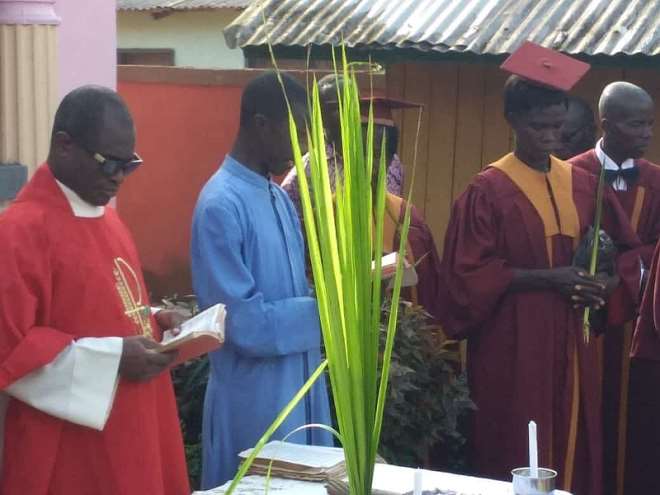 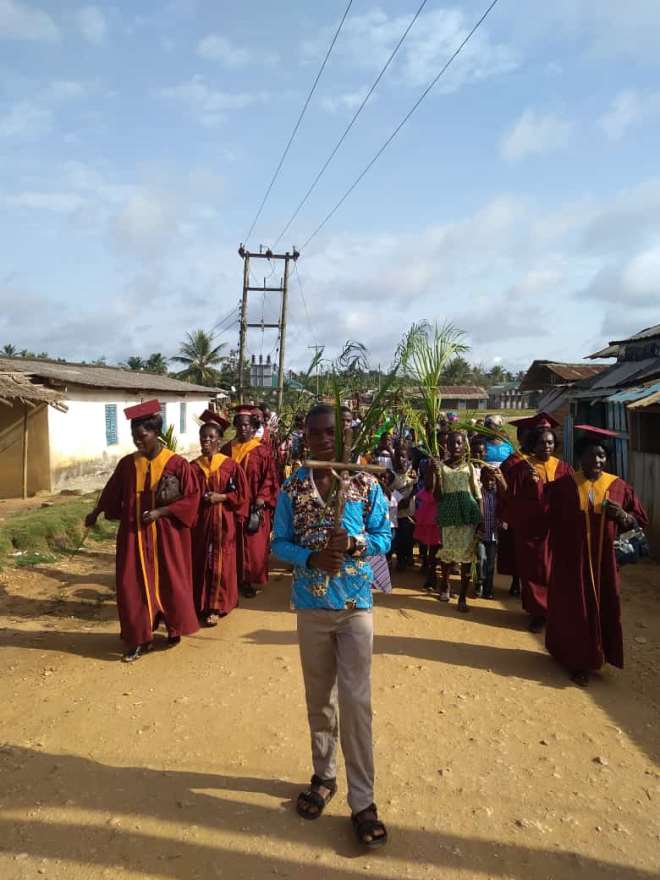 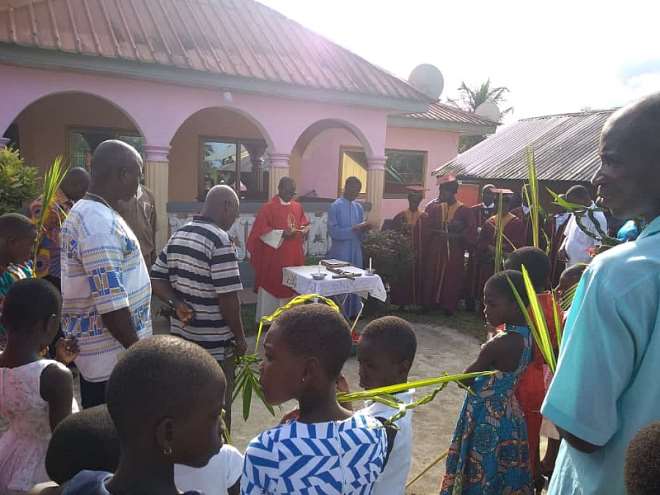 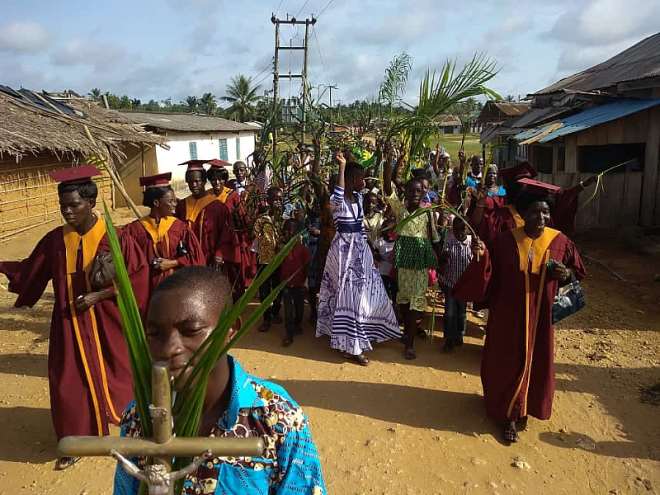 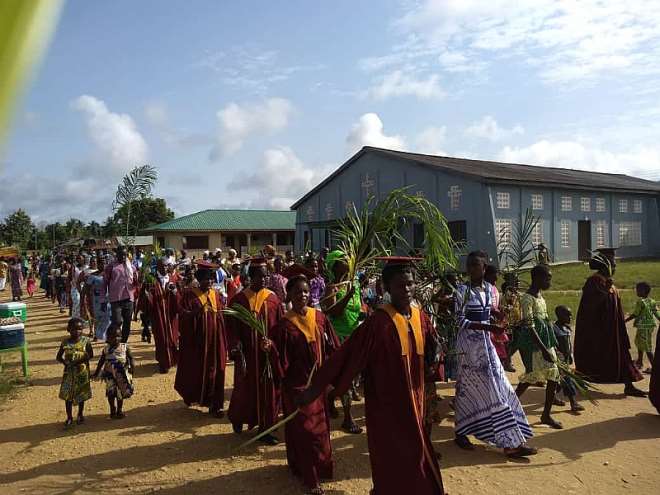