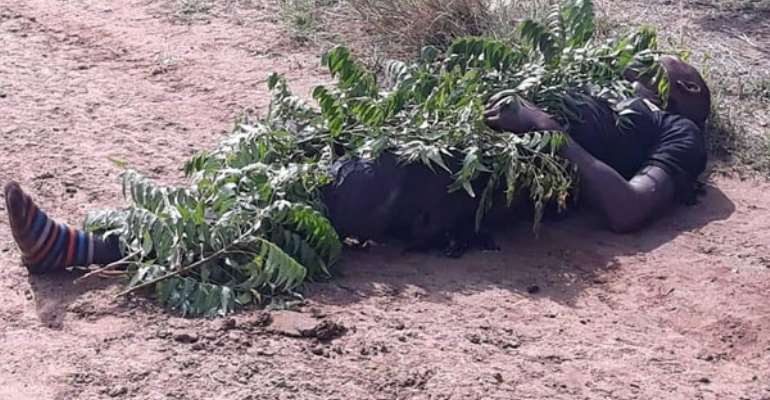 The body of a taxi driver believed to be in his 30s has been found at Community 24, a suburb of Tema in the Greater Accra Region. The body of the unidentified person was found in a pool of blood with concrete blocks beside him.

He was found near an Opel taxi with registration number GM 387-17.

The windscreen and side mirrors had been damaged with the concrete blocks, deepening suspicion that he might have been attacked by the unknown assailants in the car.

According to reports, a passerby found the body around 7am on Sunday.

A tuft of grass was later used by the residents to cover the deceased.

Interestingly, after several hours of the incident, the lifeless body of the deceased was still lying besides the taxi at the Community 24.

A resident told DAILY GUIDE that they woke up to find the corpse near the taxi with blood oozing from some parts of his body.

“We suspect he was attacked by criminals who used the concrete blocks to hit him until he died,” the resident revealed.

The resident wondered why the police in the area had failed to convey the corpse to the morgue and commence investigation into the incident.