Soldier, Others Killed In Sunday's Downpour 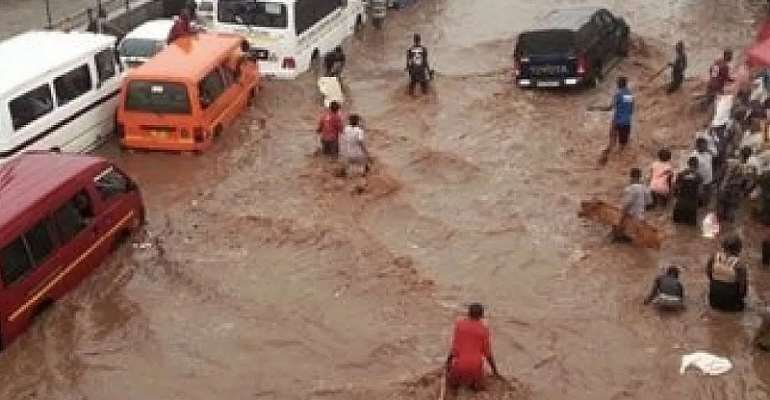 A military officer and four others have been reported dead following Sunday's April 15 torrential rains.

The soldier, according to the National Disaster Management Organization (NADMO) was driving a military pickup when he skidded off the Tema Motorway and ran into a drain.

There were two other passengers in the car with him and all of them are reported dead.

Additionally, two other persons have been reported dead by NADMO.

NADMO has announced retrieving one body so far in Accra while still searching for the rest of the bodies.

The deaths occurred in Accra and along the Motorway after nearly three hours of rains.

Just about a week ago, five persons also died in Accra after a heavy downpour.