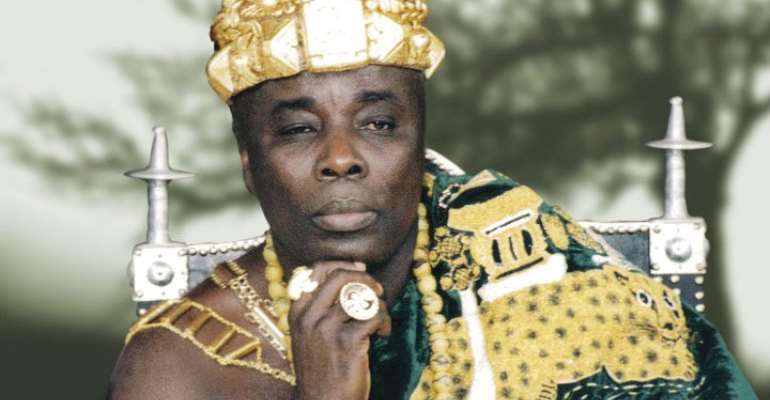 Osagyefuo Amoatia Ofori Panyin, Paramount Chief of Akyem Abuakwa, has called for investment in the tourism sector since it has huge benefits for the economy and the environment as well.

He said unlike mining, that destroys the environment and cause devastation to humans and water bodies, tourism preserves nature like trees, plants and every other thing in the natural state to the benefit of society.

Apart from preserving nature, the Okyehene noted that tourism has the potential to create employment especially with skilled labour from the Technical and Vocational Training (TVET) background and stressed the need for a critical look at all the tourism potentials in the country.

Osagyefuo made the call at the inauguration of a five-member committee at Kyebi, to oversee the development of the Bunso Aboretum, a tourist site into a world class tourist attraction centre.

He charged the committee made up of representatives from the Akyem Abuakwa Traditional Council, Ghana Tourist Authority (GTA), Forestry Commission and the Civil Society Organizations (CSOs) to discharge their duty with diligence.

The members of the committee are Mr Kwame Boateng, chairman of the committee and a member of the GTA Board, Mr Daniel Marfo Ofori-Atta, Mr Edward Simpson, Deputy CEO of the GTA, Dr Seth Appiah, CEO Arocha-Ghana, Mr Albert Mensah, Nana Kwame Twumasi and Mr Fredrick Adjei-Rudolf, Eastern Regional Director of the GTA and an ex-officio member.

The Bunso Arboretum is an eco-tourism site with a forest reserve and various species of trees and plants, it also boast of a guest house said to be for the Okyehene many years ago very close to the University of Environmental Studies located on the premises of the Bunso Cocoa College.

Though it has been opened to the general public, it has not been attracting visitors due to the lack of facilities.

Mr Kwasi Agyeman, CEO of the Ghana Tourism Authority indicated that a canopy walkway, accommodation/chalets, events centre, playing area for children, a pool, tree houses and redevelopment of the Okyehene guest house was part of the holistic development billed for the site at an estimated cost of 20 billion US dollars.

He said the Arboretum currently had a land size of 45 acres and Okyenhene had donated a whopping 200 acre size of land in the vicinity to be used as an extension for expansion and development of the site to a world class facility.

According to the GTA Boss, the development of the Arboretum would be in clusters ranging from the road infrastructure to connect other heritage sites such as the J.B Danquah Memorial Centre to the forest reserve enclave of the site.

Mr Agyeman called on investors to support the laudable cause of the Okyenhene to create jobs for the teeming youth.