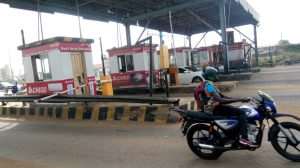 The Bureau of Public Safety wants the Ministry of Roads and Highways to reclassify the Accra-Tema Motorway to enhance the safety of its use.

The Bureau in a letter to the sector minister, is seeking that work is expedited to among others, relocate all encroachers on the buffer zone along the road, provide adequate traffic lights and pedestrian crossings as well as bus stops to protect the lives of patrons of the road.

The concerns raised by the Bureau of Public Safety are premised on the alarming rate of deaths associated with the country's transportation systems.

This has also been blamed partly on the lack of adherence to road safety regulations and ineffective supervision by appropriate authorities on the use of the supposed motorway.

The Executive Director of the Bureau of Public Safety, Nana Yaw Akwada told Citi News they expect the ministry to urgently heed to their concerns.

“If you ask me, I will tell you that they must begin by first of all blocking all the 45 illegal u-turns on the motorway. That reduces the risk. And that must be done as soon as possible,” he said.

There have been several concerns raised about the Accra-Tema Motorway and the threats it poses to motorists.

Although originally designed as a motorway to link mainland Accra to Tema, its use has been short of that. Passenger vehicles at will on the shoulders of the supposed motorway to allow passengers alight or board the vehicle.

The road is ridden with some dangerous potholes and illegal u-turns that have previously triggered for calls for the government to reclassify that road as an urban road and not a motorway.

In 2018, there were assurances from the government of a major rehabilitation of the 18km motorway.

Patching of potholes on the motorway also commenced as part of the works to ensure safety on the road.