Bouteflika's mosque seen as monument to megalomania in Algeria 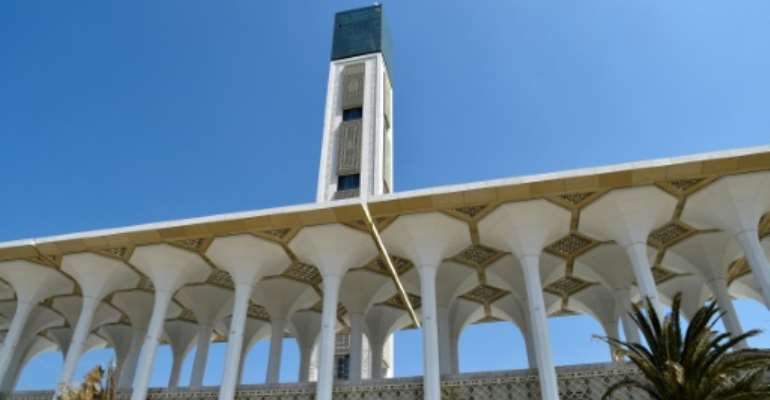 The Great Mosque of Algiers is also known as Djamaa el Djazair. By RYAD KRAMDI (AFP)

Algeria's Abdelaziz Bouteflika may be gone, but his unfinished Great Mosque of Algiers looms large as a symbol of his 20-year reign and, many say, his megalomania.

Built with the nation's vast oil wealth, the monument on the Bay of Algiers will be the world's third biggest mosque and Africa's largest, also boasting the tallest minaret anywhere at 265 metres (870 feet).

From his car, Kader, a resident of the capital, looked at the impressive structure and conceded that "it's true that it's beautiful".

The majestic white building, known locally as the Djamaa El-Djazair, sprawls across 20 hectares (50 acres), and its silhouette can be seen from across the capital region.

But it has few defenders among the people of Algiers, where many dismiss it as a vanity project of the 82-year-old deposed leader and an immense waste of public money.

The initial cost estimate of 1.2 billion euros ($1.3 billion) has long been overrun and the construction, launched by a Chinese company in 2012, is more than three years behind schedule. 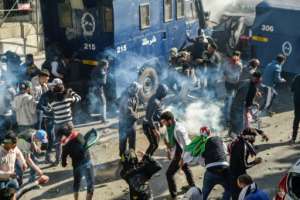 Algerian protesters clash with riot police during an anti-government demonstration in the capital Algiers on April 12. By RYAD KRAMDI (AFP)

"There are mosques every 500 meters in this country, we didn't need that," said an exasperated 68-year-old Zhora.

One of them, a small, immaculate neighbourhood mosque, sits about 100 metres behind the lavish structure in a residential district where laundry dries on the balconies of buildings dotted with satellite dishes.

A 70-year-old resident sitting on the sidewalk recounted witnessing the impressive dome grow day by day from his window.

Algeria, with 40 million inhabitants, does slightly better than Morocco in terms of hospital beds per inhabitant, and somewhat worse than Tunisia, according to the WHO.

The National Agency for Health Institutions in 2015 noted that Algeria's university hospitals date to colonial times and are "mostly a century old".

"I have nothing against this mosque, but these billions could have been used to improve a health system that really needs it," said Imene, a 26-year-old doctor.

On social networks, petitions have been launched to transform the Great Mosque into "Algeria's largest hospital". 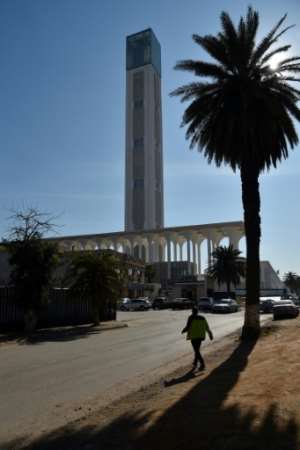 Many Algerians see the mosque as a symbol of megalomania and squandering of public funds.. By RYAD KRAMDI (AFP)

With space for up to 120,000 faithful, the Great Mosque of Algiers will be the world's third largest after those in Mecca and Medina, Islam's two holiest sites, in Saudi Arabia.

In addition to a 20,000-square-metre (215,280-square-foot) prayer room, it will include a Koranic school, library, cultural centre and vast gardens.

To many Algerians, it symbolises the misguided vision of a leader who desperately clung to power despite age and illness, and his backers.

"This mosque just shows that they are all thieves," said Fella, 52, who has been active in the protest movement against the "system" since it began on February 22.

In Algiers, police still guard the construction site, which so far is only accessible to the workers.

"Bouteflika wanted his mosque, that's all. This mosque is his mark," said Mourad, a 47-year-old resident.

"The worst thing is that we can't even get in there," he added.

A few blocks away, 42-year-old shop owner Radia commented on the unfinished dream of Bouteflika, who has rarely been seen in public following a stroke in 2013 that affected his speech and left him wheelchair-bound.

"Bouteflika made this great mosque for himself, and now he won't even be able to go and pray in it," she said