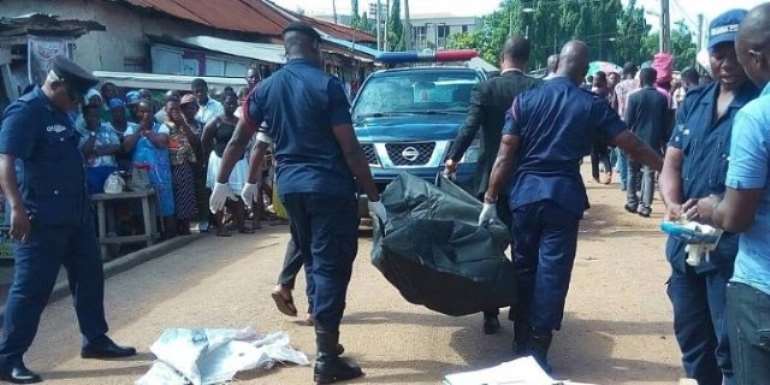 Police in the Eastern Region are on a manhunt for robbers who attacked a four-bedroom apartment at Asuboi, a suburb in Suhum Municipality on Saturday April 13.

The apartment housed six Chinese nationals working on one of the government’s one district one factory project in the area.

The attack left one of the victims, 58-year-old Song Zhao Sheng, dead after a robber struck him with a cement block for showing some resistance.

“Song Zhao Sheng, aged 58 years old, now deceased, who was hit on the head with a cement block sustained injuries on his head and was rushed to Suhum Government Hospital but was pronounced dead on arrival. The area was thoroughly combed but the robbers were not found. The scene was carefully inspected and photographed after inspection,” he said.

He added that “enquiries were extended to the Suhum Government Hospital where the body of deceased Song Zhao Sheng was inspected and found with a cut at the back of the head and with blood oozing from it.”

Sergeant Gomado Francis called on the general public to assist the police command with reliable information to aid their investigations.

“We have instigated a full-scale investigation and efforts are ongoing to get the perpetrators arrested. I will, therefore, use your medium to appeal to the general public to assist us with useless information that will aid us to apprehend the culprits in the shortest possible time,” he said.