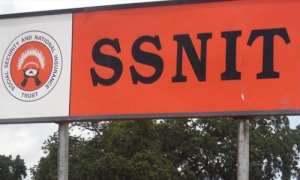 Both administrations have been cited low compliance with pension contributions for public sector workers.

In 2016 for instance, the Mahama’s administration grossly delayed contributions to the Trust, and exited power on January 2017, owing the Trust.

The Akufo-Addo’s administration also is reported to delayed contributions to SSNIT in 2018, and currently owes the Trust an amount of about Ghc 915 million just for 2018.

These came to light when officials of SSNIT engaged the media on Saturday, April 13, in the Eastern Region.

The Akufo-Addo’s administration, for instance, was supposed to make a total contribution of Ghc 1.9 billion in 2018 but as at the end of that year, it had contributed only Ghc 985 million.

Director General of SSNIT, John Ofori Tenkorang, sought to attribute the inability of the Mahama’s administration to settle its contributions in 2016 to the general elections held that year.

Interestingly, there was no elections in 2018 but there was delayed contributions and a shortfall.

Again, SSNIT’s own report shows that in 2012, which was equally an election year, government was able to make its contributions fully.

Interestingly, according to SSNIT, the private sector has been highly compliant in paying contributions unlike Government.

Mr. Ofori Tenkorang says SSNIT was in talks with the Finance Ministry to settle the debts.

According to him, “we are engaged with the Ministry of Finance to come up with a solution and that solution we have agreed that it will have to involve some part of cash payments and some bonds.”

Deputy Director General of SSNIT in charge of Investment, Kofi Osafo-Marfo, is demanding some fixed income from the state in settling the debts.