Sudan in Perspective: The al-Bashir’s Factor 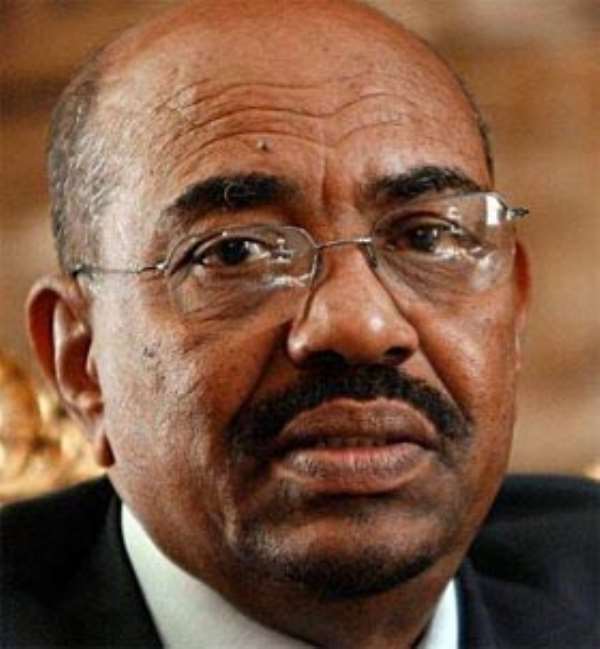 Understandably, the vortex of political instability in some parts of North Africa is the outcome of democratic touch bearer’s inordinate and uncompromising ambition to introduce democracy wily nilly in the Maghreb. Perhaps the Italian avant-garde and fascist philosopher, Julius Evola was right when he asserted that democracy is a rebuke to human advancement. “Everybody enjoys the freedom he deserves, which is measured by the stature and dignity of his person or by his function, and not by the abstract and elementary fact of merely being a 'human being' or a 'citizen'” (Julius Evola). To him, democracy and rights of citizens are not only abstract but pernicious to societal progress. King Fahd of Saudi Arabia equally opined that Islam and democracy are mutually exclusive. Article 1 of the 1948 Universal Declaration of Human Rights states that all human beings are created, born free and equal in dignity and rights. The above article is in contravention with Islamic law which sees women as inferior to men. Therefore, to assess Omar Hassan Ahmad al-Bashir by the western democratic standard is a far cry from fairness.

Omar al-Bashir was born on January 1, 1944, in Hosh Bannaga, a village located in the northern part of the Sudanese capital of Khartoum. He became a paratroop commander in the Armed Forces. In 1989, he led an Islamic Junta that effectuated political havoc on Prime Minister Sadiq al-Mahdi in bloodless military adventurism. In 1993, the United States government blacklisted al-Bashir's regime for creating a hub for terrorist. The American government applied sanction on Sudan. In the year 2009, the International Criminal Court issued an arrest warrant for al-Bashir on the charges of extra-judicial killing, rape and ethnic cleansing in Darfur.

Despite carving a niche for himself regarding global notoriety, Mr. al-Bashir fashioned out a formidable defense and described his critics as enemies of Islam. Pogrom in Darfur coupled with agitations from Juba resulted in the independence of the oil-rich southern Sudan. South Sudan became the newest country in Africa. The birthing of the Republic of South Sudan staggered al-Bashir's economy under severe financial burdens. In 2001, the IMF commended the economic indicators of al-Bashir led the National Congress Party (NCP) government despite the US wreaked economic sanctions. The independence of South Sudan in 2011 caused a loss of 46% of the national income, culminating in a shock to the al-Bashir’s economy. The IMF intervened in 2013, and again in 2017, and entreated the NCP government to introduce austerity measures to resuscitate Sudan’s economy.

Economic hardship inundated the citizens of Sudan, and frustrated Sudanese took to the streets and demonstrated their discontent against NCP administration. Tempers continued to simmer, and in April 2019, a well-constructed edifice of power was outfoxed and crumbled like the 1588 Spanish Armada by mob protestors outside al-Bashir’s residence in Khartoum. Politically ambivalent and helpless like the vicious Alice of the wonderland, al-Bashir relinquished power to some renegade Sudanese Soldiers. "The blood of heroes is closer to the Lord than the ink of scholars and the prayers of the pious” (Julius Evola). Al-Bashir could somewhat be spared for the political debacle in Sudan. Three salient factors jointly and severally dealt a lethal blow to Mr. al-Bashir and his NCP government.

Firstly, the birth of the Republic of South Sudan substantially contributed to the fall of al-Bashir. Historically, Sudan better known as Nilotic Sudan, Nubia or Kush referred to the people who lived in the Nile Basin. Nubians, Kushite referred to dark-skinned people in most of Sudan and Ethiopia. The name Ethiopia is a Greek word for Kush, meaning people with charred or burnt faces; to wit dark complexion. Following the death of the "holy prophet" of Islam in AD632 or thereabout, the cosmopolitan nature of Islam and its emphasis on the universal brotherhood and hospitality coupled with jihadist spirit resulted in the Arabization and Islamization of the Maghreb between 647 AD and 709 AD. The Arabization of the northern part of Sudan was the boomerang effect of Islamic Jihadist conquest of North Africa. Sudanese whether north or south are Kushites (Africans not Arabs).

Nevertheless, there are many subtribes. Just as the Anglicization of Ghana and Nigeria did not change the identity of those nationals as Africans, Arabization of north Sudan does not make the inhabitants of Khartoum Arabs. Thus, the creation of South Sudan was needless. The protracted political conflict between the Dinkas and the Nuer tribes in South Sudan vindicate Mr. al-Bashir as a political fugitive who was left to his fate.

The second reason why the al-Bashir government became unpopular was the desire for the large-scale implementation of western democracy. Democracy does not necessarily mean a short presidential term limit. Following the death of Gadafi, there is no peace in Libya. Khalifa Haftar is on the verge of taking over Libya. Haftar, suspected to be backing by foreign powers from the Arab world had resolved to embark on territorial and political aggrandizement to free Tripoli, and Tripolitania (Western Libya) from the UN-minted Government of National Accord (GNA) steered by Fayes al-Serraj. The situation in Sudan is similar to the mass protest in Algeria that saw the President Abdelaziz Bouteflika given up his iron-fisted two decades rule.

This writer’s commentary is this, both Sudan and Algeria must try to avoid the current situation in Libya mentioned above, and that of Egypt. Like Libya, the Egyptian democratic hope never appeared to be realized after President Hosni Mubarak's removal from office in February 2011. Today, Abdel Fatah al-Sissi is clamping down on press freedom and nurturing plans to become life president in Egypt. Is military intervention the way forward in Africa? Military take over in rare cases could alter the undesirous political trajectory as happened in Chile and Taiwan.

Unlike homogenous Chile and Taiwan, Africa is fragmented on tribal and ethnic lines, thereby making military coup a hard panacea to political instability. In 1986, Yoweri Museveni was a hero after his victory in the Bush War. Today, Museveni put his political opponents under house arrest during the counting of ballot papers on the election day! Sudan must learn from Egypt and Libya to eschew violence. For the outset of every military intervention looks promising but often ends with demagoguery and anti-intellectualism. Military coups have a good beginning but terrible ends. Depending on the angle one looks from, al-Bashir could be described as a nationalist or a dictator! We must begin to evaluate African leaders within the parameters of their national laws. Not someone telling them to practice his or her standard of democracy. How long will Africans continue to repudiate their own political standards on unholy altars of Euro-centric convenience? Shalom!