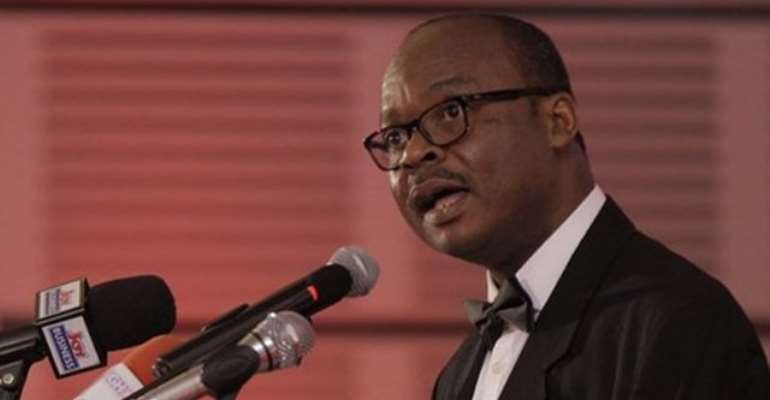 The Governor of the Bank of Ghana (BoG) Dr Ernest Addison has given the firm assurance that recent challenges that hit the cedi resulting in some blips are over.

Recent Challenges with the cedi and Bank of Ghana‘s assurance

The cedi has witnessed some interesting developments over the past two months. In one week, it showed some strong recovery, however, the trend was revised later, resulting in some sustained depreciation.

But Dr Addison maintains that challenge is now over, adding that the cedi would and should be fairly stable going forward, “We expect that the low inflation that we have witnessed together with those sentiments reducing would surely help stabilize the cedi strongly”.

The Governor also argued that they now have a stronger reserve position to deal with short term any currency blips and smoothen out excessive volatilities, adding that “Yes we saw the cedi move to GH¢5.9 [per dollar] and the last time I checked that overshoot and spike had dropped to GH¢5.1. This clearly shows that the local currency is behaving appropriately.”

Asked whether he was surprised by the recent blips? The governor maintained that he wasn’t. This is because those blips were not supported by underlying fundamentals, and therefore he was optimistic that things would normalize soon, adding that “ It tells you what sentiments can do and then when the markets find out that they had formed the wrong perceptions, they quickly move to correct that misperception.

Assurances for businesses and cedis' outlook

On the currency’s outlook, Dr Addison provided assurances for continued stability and said there was no need to panic as the Central Bank has enough reserves and was in a position to deal with short term blips.

The promise is based on the fact that “government is currently implementing the right policies and in terms of the balance of payment outlook we have a very strong outlook for exports”. Based on his assessment of the current situation, the Governor maintained that he does not see any major challenge ahead.

Impact on the economy

It is believed that the immediate impacts of a stable cedi could be on the inflation rate, cost of living and prices of fuel. Oil Marketing Companies recently attributed the marginal increase in the price of petroleum products to the cedi’s depreciation in the first quarter of this year.

The development was linked to the recent marginal increase in inflation rate to 9.3 for the month of March.

According to the Bank of Ghana’s Economic and financial Data ending March 2019, the Ghana cedi had depreciated by 5.18 per cent.