No apology from Britain for Amritsar massacre 100 years on 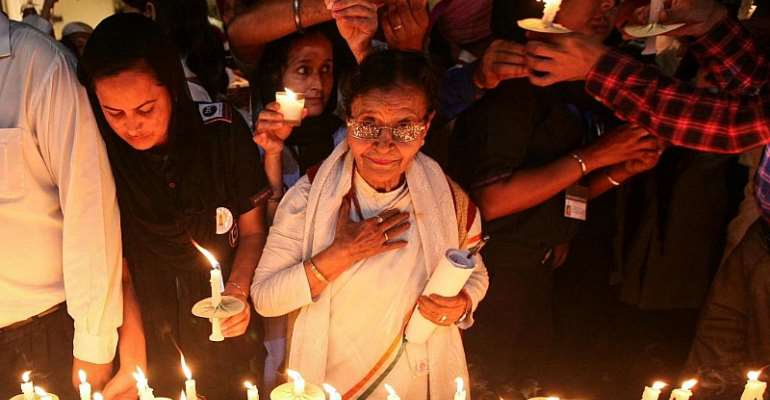 India is marking the centenary of the Amritsar massacre, which saw British troops fire on thousands of unarmed people in what is today seen as one of the worst atrocities of colonial rule.

Britain has yet to apologise for the deaths of Indians gathered peacefully in a park on the afternoon of 13 April, 1919. Indian figures put the number of fatalities near to 1,000, but colonial records show only about 400 Indians died.

Britain's high commissioner to India, Dominic Asquith, on Saturday laid a wreath at the Jallianwala Bagh National Memorial, where the massacre took place and where bullet marks can still be seen in the walled garden.

As part of events organised to observe the centenary, Indians carrying national flags held a candlelit procession from the town hall that ended at the park.

Amid growing calls for an apology, the British Prime Minister Theresa May instead expressed regret and told parliament the massacre was "a shameful scar” on British Indian history.

Amarinder Singh, the chief minister of Punjab state, were Amritsar is located, said May's words did not go far enough.

Tensions between Britain and India were heightened at the time of the Amritsar massacre. Indian troops had been widely used during World War I, and promises that those sacrifices would lead to greater self-rule had fallen flat.

The massacre – which hardened opposition to the British Raj, or rule – continues to cloud British-India relations today.

In a tweet, opposition leader Rahul Gandhi called the massacre "a day of infamy that stunned the entire world and changed the course of the Indian freedom struggle".