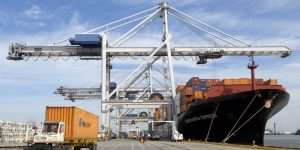 Even though they commend the government for its decision to peg the local currency at GHc5.8 to a Dollar at the ports for the next 3 months, the importers say a long term hedging of the currency will make it easier for planning.

They argue that it will be beneficial due to the long timelines involved with importation.

According to some importers who interacted with Citi Business News, the fixed currency regime at the ports will not only stabilise prices and help businesses project, it will also benefit the final consumer.

The co-chair of the Abossey-Okai Spare Parts Dealers Association Clement Boateng explained that the move will help stabilise prices.

“It will make prices stable, if for nothing at all for the quarter in question. It will also allow you the businessman to make effective projections knowing what the Cedi-Dollar rate will be in the period under review. You will know that for this quarter or period if I bring in goods of this amount this is what I will pay, unlike other times when there was uncertainty.”

On his part, the Director of Car importing firm Aggerh Company Limited, Godwin Aggerh said the consumer will be the ultimate beneficiary if the period is extended to six months.

“I believe as a car importer it will also help the customers because when they budget an amount for a car within the period, they are likely to get that car from that importer at the agreed amount, instead of agreeing on an amount and having it changed because the Cedi ends up depreciating in a few days or weeks.”

For the President of Ghana Union Traders Association (GUTA) Dr. Joseph Obeng, regardless of importers excitement about the new policy, the government will have to go a step further to ensure the long term stability of the Cedi.

Dr. Obeng maintained that government must clamp down on illegal foreign currency trading in the country.

“The new regime give us a lot of respite. But the illegal foreign traders in this country, the illegal trade of money along the West African coast is the bane here. We're still talking to the government, we've written a paper on this and we believe that as government is trying to find solutions it will factor those inputs as well.”

The Commissioner General of the Ghana Revenue Authority, Emmanuel Kofi Nti while on an interactive tour of the Abbossey Okai spare parts enclave, on Wednesday, disclosed that the Vice President, Dr. Mahamudu Bawumia has directed that the exchange rate be pegged at 5 cedis 8 pesewas to a dollar for importers for the next three months to ease the cost of clearing goods at Ghana's ports.