Sustainability Goals For Africa By 2030 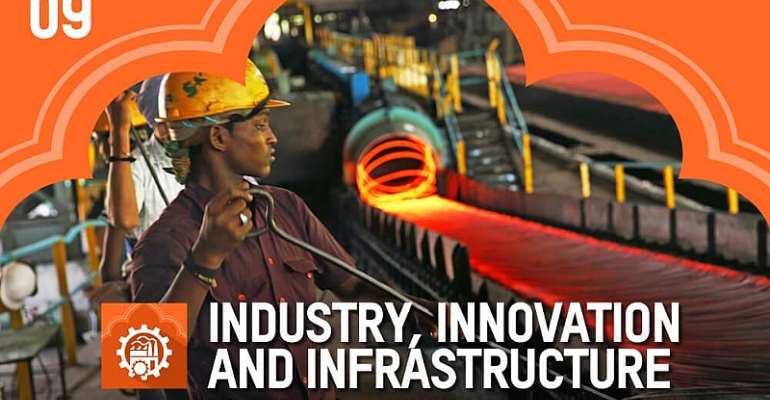 We often hear about the African continent being labelled as an emerging market full of developing countries. Within that broad description, there exist an institutional initiative by the United Nations called sustainable development goals (SDGs) . Out of the 17 SDGs, one them is a must to accomplish for African countries to truly advance and prosper in the next 10 years. The goal number is 9, which has to do with infrastructure, industrialization, and innovation respectively. Each of these areas are essential and will be explained one-by-one to give proper context.

Infrastructure
It’s well known that Africa has a wealth of natural and organic resources. However, there is lack of viable infrastructure to develop African economies for the long-term. Africa’s annual infrastructure gap is estimated to be around $170 billion .

According to research by the World Bank, per capital GDP growth could increase by 1.7 percentage points each year if Africa could find ways to bring infrastructure in line with the rest of the developing world.

Both options have positive and negative consequences. It’s important that African governments focus on infrastructure to suit its own ends and those of the native population as well.

Furthermore, significant investments will need to come from the private sector, especially for climate risk exposure of such funds. This presents a great opportunity for African countries.

Transforming the economies of African countries to attain their sustainable development goals requires widespread access to modern and everlasting infrastructure. A world-class infrastructure that spreads throughout the continent is going to be key in attaining an African renaissance .

Industrialization
Despite their manufacturing potential, most African countries have remained relatively inactive in terms of factories . This limited industrial development represents a missed opportunity for economic progress and quality employment that helps to generate wealth and alleviate poverty.

Africa’s biggest opportunities are in the manufacturing sector. African policymakers need to present good options to attract private investors, accelerate manufacturing and industrial development , and contribute to growth and progressive advancement. African policymakers need to also develop better coordination between the public and private sectors in order to identify the constraints towards faster structural development.

While policy solutions will likely differ across countries, manufacturing is going to be central to Africa’s ability to reach its sustainable development goals.

Innovation
The last fifteen years or so has seen a massive technological revolution in Africa. That is, African companies are ready and willing to innovate by any means necessary.

The African entrepreneur spirit of innovation has already witnessed mobile platforms become highly established in the continent. It is said that by 2020, sub-Saharan Africa will have more than half a billion unique mobile subscribers . This will make the continent the fastest growing area for mobile technology. Thus, establishing Africa as an emerging platform for social and commercial innovation.

Innovation is a major force for economic growth and development, which is crucial for the African continent to create enough jobs for its youth population.

Digitalization is playing an important role in Africa’s economic progression and has the potential to open opportunities to labor markets and move beyond markets through the free movement of people. Digitalization is also transforming how African businesses operate, which has transitioned individuals from the informal sector to the formal sector.

Conclusion
African countries can learn from other global regions to build infrastructure that is strong, efficient, and able to perform for a longtime. There’s also a need for African economies to stimulate adequate industrialization through increased intra African trade, especially with the African Continental Free Trade Agreement (AfCFTA) recently meeting its ratification requirement . Lastly, Africa is in position to take advantage of different advancements in innovation and technology. Thus, infrastructure, industrialization, and innovation will not only help the African continent to attain sustainable development goal #9, but also allow all its countries to truly advance and prosper in the next 10 years and beyond.