Dumsor” Will Never Stop Unless - Ghanaians Unite Against It 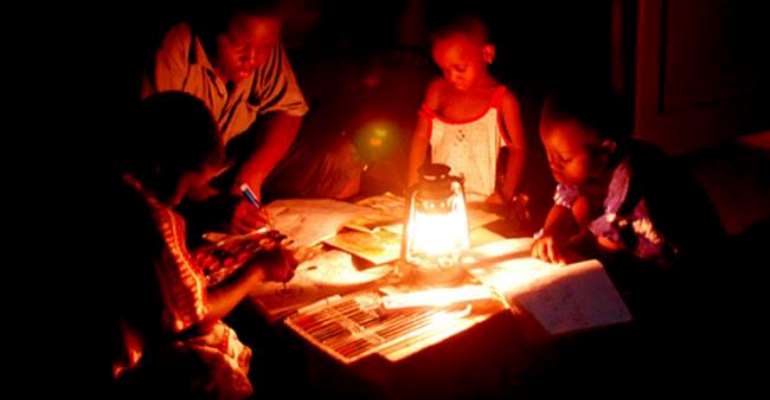 In the last couple of years, we have become so used to power crises that even Wikipedia captures “Dumsor” as ‘a persistent, irregular, and unpredictable electric power outages in Ghana’. Can you imagine? This is ridiculous!

Sadly, both parties and their governments have profited and will continue to profit unashamedly from “Dumsor” unless we-the-people of Ghana rise above NDC and NPP divisions.

We need to push together our governments to face the problem frontally and find a solution once for all.

As a nation, since 1957, we have relied heavily on only one source of energy - hydroelectric from the Akosombo Dam.

Measures Like the AMERI thermal plants introduced a few years ago by the former NDC government only led to higher electricity tariffs and a temporary solution.

NPP promised to solve Dumsor forever. NDC was booted out of power - partly because of ''Dumsor''.

But what have they done? NPP has just extended the AMERI deal, increased the cost of energy once more & still haven’t found a permanent solution.

Why do we still rely on hydroelectric energy and a few thermal plants?

The Akosombo hydroelectric power will continue to fail us as the demands increases whiles water levels continue to drop as a result of drought from climate change.

Why don’t we follow the examples of other African Countries and diversify our source of energy?

South Africa, Morocco, Kenya, Ethiopia, Rwanda and many others are leading the way in solar energy, taking advantage of a great and plentiful resource in Africa: the sunlight. Why are we lagging behind? Why is our leadership not bold enough to invest in innovative and long term options?

I wish that our government would have the courage to set the ambitious but achievable goal to make ''Dumsor'' a word of the past.

I still remember vividly in 2015 when the NDC government presided over “Dumsor”. I was one of few NDC supporters who gathered the courage to rise above the party division and put the bipartisan national interest above all.

I marched with the opposition to demand a solution for ''Dumsor'' and faced political criticism from my party comrades when I went public in an interview and called on all the young people - NDC and NPP - to come out and demand a solution to “Dumsor”.

I became politically isolated. It was not an easy time for me, But I have no regrets because I am Ghanaian first and NDC second.

''Dumsor'' is not a question of loyalty to your party or protecting your political interest. We need to be bigger than this.

The problem is so big that almost 4 years later, the party in government changed, but Dumsor is still with us.

both parties and their governments have profited and will continue to profit unashamedly from “Dumsor” unless we raise a bipartisan nation.

Now more than ever, we need to be united. We have to demand social justice in terms of reliable, affordable and sustainable power supply from diverse sources such as solar, wind, biomass etc.

When it comes to “Dumsor” Ghanaians must unite against both NPP&NDC.

One Country, with one heart.

Check the dignitaries at Rawlings' funeral
20 minutes ago