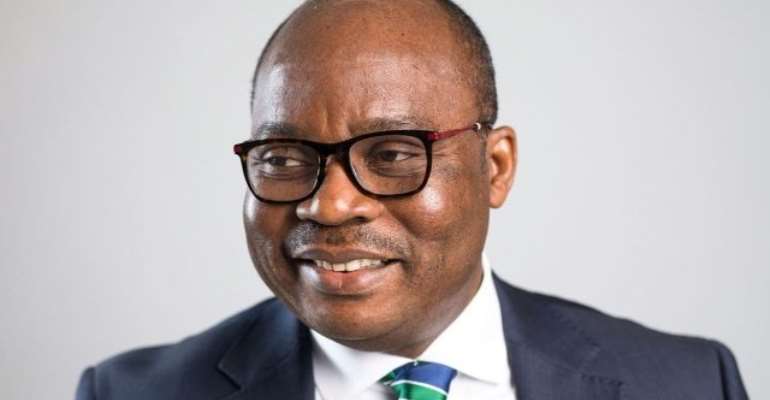 The Governor of the Bank of Ghana Dr. Ernest Addison has maintained that the Bank’s policy framework of inflation targeting would ultimately help reduce the cost of credit and firmly stabilize the local currency.

He said the policy is yielding to the required results taking into consideration the declines in inflation rate over the past year.

This follows concerns that the policy is not getting the required results because it underserves the real sector of the economy.

Inflation targeting is a monetary policy framework in which a central bank publicly announces an explicit medium-term inflation target for inflation and uses the interest rate tool to steer inflation expectations.

The key assumption of this framework is on the fact that the best gift monetary policy can deliver to the economy is to support the long-term growth of the economy by using the tools available at its disposal to maintain price stability.

To be able to do this, a Central Bank must select a nominal “anchor” to use to affect economic conditions, especially inflation.

It is believed that the policy has seen the Bank of Ghana institutes measures, that are all aimed at reducing and keeping inflation at very low levels, by checking the amount of cedis in circulation and ensuring that it matches productivity.

On the question of how the inflation targeting framework could help support a low and stable exchange rate volatility movement, the Governor indicated that so long as inflation remains high, a country’s exchange rate will depreciate by the inflation differential between it and her trading partners.

Dr. Addison maintained that to limit the rate of depreciation would require closing that inflation gap between a country and her trading partners.

And so in his view, controlling inflation mattered a lot and that is why the central bank would do all it can to bring inflation down to low levels.

Inflation and cost of credit in Ghana

According to Dr. Ernest Addison, the current low inflation levels can be attributed to this current framework, as well as prudent monetary and sound fiscal policy measures, which have all helped to reduce inflation to the single digit range.

He further added that “since the Bank of Ghana adopted inflation targeting framework, we have seen significant improvement in terms of our ability to bring interest rates down”.

The Governor maintained that the Central Bank cannot take the credit alone, in terms of what has happened, because the fiscal measures have also contributed to this success.

Dr. Addison also argued that it is important inflation is kept low, because of its impact on the poor “the objective of low inflation, I think should be emphasized, because it’s very important as it addresses the question of cost of living, and so it’s important that we keep inflation low as a policy target.”

The Central Bank Governor was also of the view the banking sector is responding to recent reforms, a development that would make the banking landscape more competitive and also help reduce the cost of credit.

He indicated that there are already signs that the banks are adjusting to this new expected environment. He was however quick to add that there are a lot of factors that influence the cost of credit; even though he was optimistic interest rate would come down and support businesses.

According to the Bank of Ghana, data interest rates are currently hovering at around 26 per cent, down from the highs of 32 per cent almost three years ago

Dr. Ernest Addison argued that going forward a lot more structural efforts would be needed to support continued disinflation and when those policies begin to fester a faster pace towards low digit inflation would happen.

In his view, he added that “fiscal policy may not continue to contract endlessly, going forward” and some impetus may be needed to support growth.

We had reached that point of inflexion where given the tight monetary policy stance a balance between growth-enhancing expenditures and structural reforms would be needed to pull inflation to low levels.