The Solution To Unemployment Is Research, Data – Economist 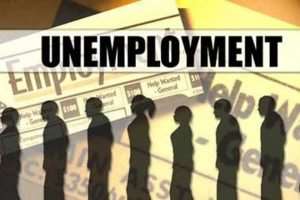 Head of the Economics Department at the University of Ghana, Legon, Prof. William Baah-Boateng, has made a strong case for the role of research and data in tackling the increasing rate of unemployment in the country.

According to him, government policies have not been able to address the situation because of the lack of coordination between research and policy decisions taken by successive governments.

Speaking at a Star Ghana Foundation’s National Youth Unemployment Convening aimed at addressing issues of unemployment, Prof. Baah-Boateng explained the ever-increasing numbers in terms of youth unemployment in the country can be solved if enough data is gathered.

“Most of the policies which have been implemented in the past are not anchored on proper research to know what is actually on the ground. So we may be chasing the wind as it were with some of our policies. For instance, when immigration service announces for placement, 85,000 people applied with many saying all of them were unemployed. So if government depends on this to make a policy, it will fail. This is because, majority of those who went there may not necessarily be unemployed,” he said.

The Institute of Statistical Social and Economic Research, ISSER, has in a research revealed that just 10% of the graduating batch from Ghana's tertiary institutions get employed a year after national service, while it takes a period of 10 years for majority of them to get stable employment.

The Association of Ghana Industries (AGI) had earlier expressed concerns about the quality of graduates coming out of various universities and institutions in the country annually.

According to the association, graduates from the universities who are posted to industry for National Service struggle to adjust to the demands of the industry.

According to Dr. Yaw Adu Gyamfi, the Chief Executive Officer of Danadams Pharmaceutical Industry and the President of AGI, there is a vast gap between what the graduates are taught in the universities and what is actually practised in the field of work.

Dr Yaw Adu Gyamfi called for a change in the educational curriculum to ensure that graduates are fit for the job market.

“One of the challenges we in the country are facing now is that when you look at the number of graduates coming out from our universities, you will notice that their training does not match what we want in the industry.”

“How students are trained when they graduate leaves much to be desired. When you come to me as an employer, what you learnt in the classroom is not what I need but rather am looking for someone with the know how. There is a need for students to do an internship even while in school which is on the work training and this prepares students to know what industry is looking for and have a bit of experience to fit in after graduation”.