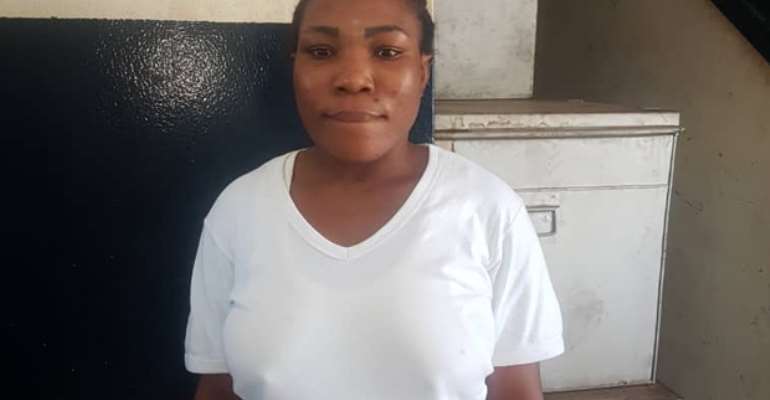 A 23-year-old Nigerian woman has been sentenced to seven years' imprisonment by a circuit court in Accra for trafficking minors from Nigeria to Ghana for commercial sex work.

The convict, Ella Peter, was also accused of recruiting women from Nigeria to Ghana and forcing them into prostitution.

Upon intelligence last June, she was arrested by the Anti-Human Trafficking Unit at Adenta.

The court, presided over by Mrs Rita Abrokwa Doku, later found the accused guilty of the offence and sentenced her to seven years of hard labour in prison.

Her case brings to two the number of Nigerians jailed for human trafficking in Ghana, this year, after Angel Chizoba.

The director in charge of the Anti-Human Trafficking Unit, Superintendent Mike Baah, told DAILY GUIDE that on June 22, 2018, his unit, in collaboration with the Adenta Police, arrested suspect Ella Peter for recruiting two minors from Nigeria to Ghana for sexual exploitation.

He said on arrival, the two – 16 years old Esther Adi from Abarikpo, River State, and Precious Benjamin, aged 17, were taken through some rituals by the accused and warned not to run away or they would get mad.

“A razor blade was also used to inflict wounds on the victims' foreheads by the accused, who took their blood and warned them that she would take their blood to one Baba – a fetish priest – for rituals if they disobeyed her orders”, he narrated.

He averred that further investigations by the police revealed that Ella Peter was a hairdresser residing in Nigeria, while the two victims were a student and a seamstress respectively.

“Somewhere in May 2018, our investigations revealed that the accused recruited and transported the victims to Ghana under the pretext of employing them to man her boutique and tailoring shops,” he added.

He noted that on arrival, the underage girls were forced into prostitution and charged to make daily sales of GH¢150 to the accused.

At a point, the police officer said Esther Adi failed to meet her daily target and was tortured with a knife by the accused which left a visible deep cut and burnt wounds on her shoulders and right ankle.

After investigations, the accused was charged with the offence of human trafficking and taken to court for trial where she was found guilty.