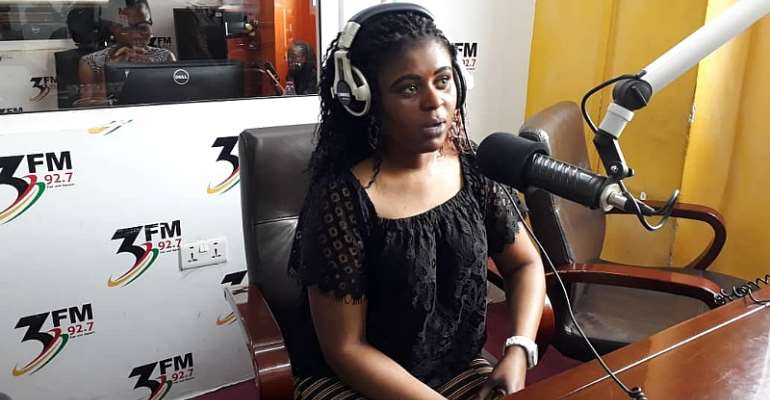 One will argue if it's true for a lady to have a double womb and double vagina canals?

Well, On 3 92.7fm's 3Drive with Giovani Caleb yesterday, All doubts where cleared as Mrs. Elizabeth Amoah also know as Special Lady took time to narrate her story of having a double womb, double vagina canals, and a double Cervix.

Narrating her sad story she said "I Discovered, I had a double womb and a double vagina canal in 2015 after a MIR scan" So I had to undergo surgery.

The scan also detected I have "Endometriosis" A disorder in which tissues that normally lines the uterus grows outside the uterus.

She explained, "the double vagina canal means having one vagina outside and the other inside".

The UK based Ghanaian, further went on to disclosed that the double vagina canal and cervix exposes an affected lady to Cervical Cancer, Overlain Cancer and other cervix related diseases.

The double womb she said, normally doesn't come with any symptoms but rather exposing one to certain health challenges such as irregular periods, fibroids, irregular Fainting and not being able to conceive.

"I had a premature baby after four years of not conceiving. And going through such health situations wasn't easy".

"It's not common in women though, research says it can be found in one(1) out of 350 women and the person might not even know she has it". She said.

The master's degree holder in law told Giovani, she ignored therapy because It was hard for her to believe what she was told.

However, her curiosity to find out more, got her running her own investigations and research on it. And that got her to Know more on the kind of food to eat and the lifestyle to live because "Endometriosis" is not curable but can be managed.

Currently, She is in Ghana to kick start a campaign dubbed "The Unspoken Topics" a project she with her Special Lady Foundation plans to use as a tool in educating women especially young ladies on female reproductive health challenges that are mostly not talked about.