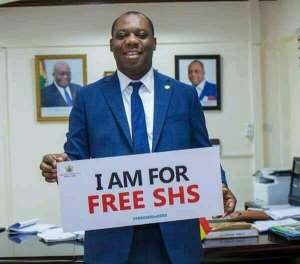 Former President John Dramani Mahama has revealed his next government will hold a major stakeholders’ meeting to forge consensus on how the Free senior high school (SHS) policy must be implemented.

The lecture, which was hosted by former Education Minister, Prof. Naana Jane Opoku Agyemang as the main speaker, was to assess the state Ghana’s education.

Taking his turn, former president Mahama observed there are major challenges affecting the Free SHS policy, resulting from how the government implemented it.

Currently, the Free SHS programme is run on a shift system known as ‘double-track’ school calendar system. The new programme creates a calendar of two semesters in a year for the SHS 1 class containing 81 days per each semester and 41 days of vacation for a sandwich class.

The government has said the double track is to absorb more students who hitherto would not have had access to senior high school education for lack of adequate logistics.

But Former president Mahama believes the policy was implemented in an ad hoc manner and compromising on the quality of Ghana’s second cycle education, thus his government will abolish it.

Government Must Listen To Education Stakeholders

Prof. Naana Agyemang believes the implementation of the Free SHS was rushed without taking into consideration the data to use to provide schools with what they need, adding that it was “creating panic” among parents, guardians and the students due to the lack of infrastructure and other logistics for the pupils.

Addressing students and lecturers at the lecture series organised by the NDC, Professor Opoku Agyemang, a former Vice Chancellor of UCC, admonished the government to accommodate views of teachers and headteachers in its policies in order to create a stable education system in Ghana.

She said the National Democratic Congress (NDC) administration accommodated divergent views from stakeholders in the education, adding that it was the reason their government was largely successful in its educational policies.

The first female Vice-Chancellor in Ghana said education was about linking minds, tolerating and respecting dissenting views, therefore, attacking people who expressed dissenting views was bad for the progress of the country’s education sector.

Citing the NDC government’s tolerance, Prof. Opoku Agyemang said, “When some were pretending there was no chalk in the class, or conniving with others to make children lay on the floor of the classroom when in some cases there was furniture available; when some pressmen and women ignored the new classrooms and showed pictures of the dilapidated one which had been abandoned as the space where children were learning, our solution was not to flex muscles, bark make people older than us kneel and apologize simply for expressing sensible alternatives.”