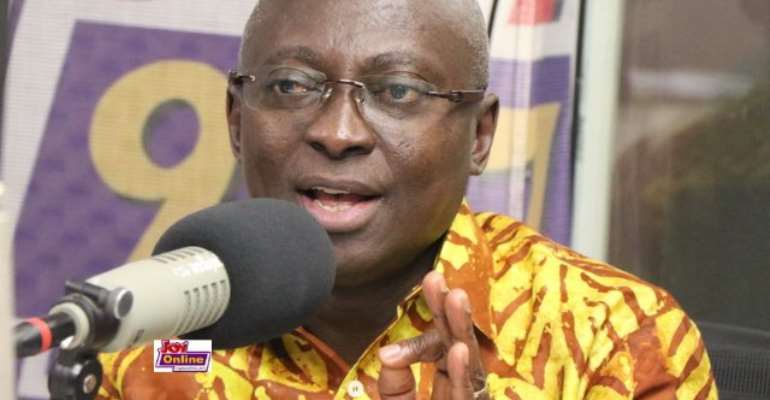 Atta Akyea wants people living in waterways to move out to avoid loss of lives and property.

Works and Housing Minister, Samuel Atta Akyea has lamented that the recent loss of lives due to floods, an offspring of choked drains.

He is, however, hopeful that with the contractors being asked to move to site , excessive flooding may be curbed, especially in the capital –where the menace is rife.

Atta Akyea said on the Super Morning Show on Joy FM Friday that works have delayed on clearing the affected drains due to difficulties in raising funds.

“The monies we applied for January 2018 came in the last quarter of the year,” the Minister told host Daniel Dadzie.

According to him, works have delayed since the money arrived because “you cannot just handpick someone to do the job because you have the money.”

He explained that despite receiving the clearance, the Ministry must go through the laid down procurement processes to award the contracts – which takes time.

He said they could not have sent contractors onto the site earlier because the government already owed huge sums to the contractors for work done under the erstwhile John Mahama government.

According to Atta Akyea, a major drain around Kaneshie is “overly chocked” which causes flooding at Obetsebi Circle and the spill over into the STC area.

The National Disaster Management Organisation (NADMO) confirmed on Monday that at least three people had died and two missing as a result of Sunday evening’s rains.

Many places in the capital, including the newly constructed Circle Interchange, had flooded.

Opposition Member of Parliament, Zanetor Rawlings from the Klottey Korle Constituency which saw its fair share of the floods blamed the government.

According to her, the drain has not been cleared since the NDC was ousted in 2016.

The Minister, however, disputed this.

Listen to the discussion below