Who Can Request To Review Or Amend The 1992 Constitution?

...The Dilemma Of The People Of Ghana
By Ofori Ampofo 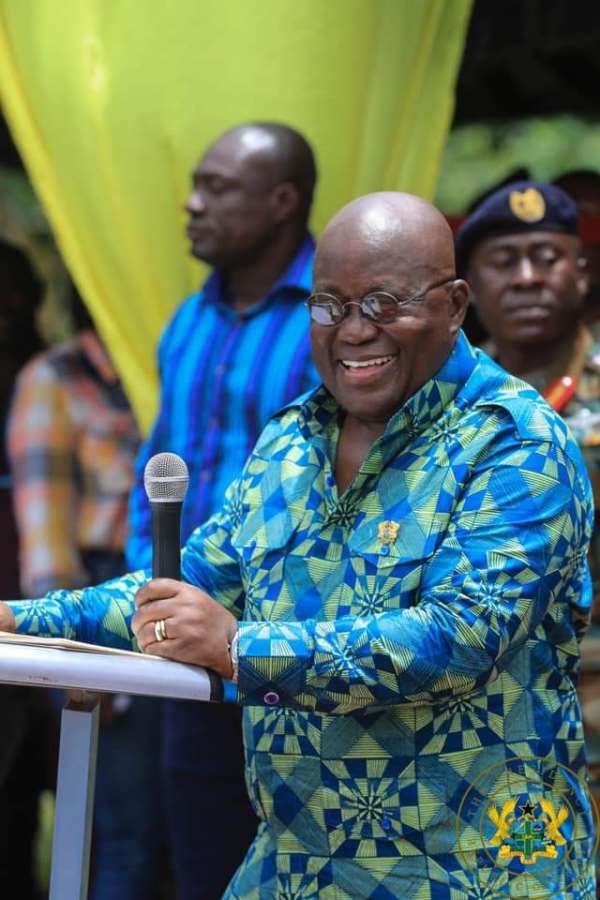 Ghana’s 1992 Constitution was drawn after mounting pressures from multiple sources, local and international pressure groups, for the PNDC Military dictatorship under Ft. Lieutenant Jerry John Rawlings to return the country to constitutional democracy.

Of course, Rawlings could have refused all the logic and wisdom behind the various pressures that bore on him as a hardened dictator; but he threw in the towel and finally came up with a road map towards the eventual handing over to a democratically elected government.

As a gesture of his truthful determination to go by the road map, Chairman Rawlings formed a constitutional assembly to consider deserving personalities for the task of drafting a National constitution to be approved by a National referendum. A constitutional draft committee emerged out of the constituent assembly with the ultimate task of giving Ghana a 4th republican constitution.

It is interesting to note that The New Patriotic Party boycotted the constituent assembly completely, and left the PNDC, the military junta to do whatever they wanted with the National supreme document. The NPP’s total boycott of the constituent assembly was unfortunate but understandable. However, they should have recognized that, with or without their input in the final document, the whole Nation would ultimately be governed by that document regardless.

Those of us who remember, or who read history, will remember that the parent party of the NPP, the previous United Party, had boycotted a similar exercise in 1960 and allowed the ushering in of a One-Party Constitution which many have agreed did not serve Ghana as well on the path of democracy.

The 1992 Constitution has so far survived 27 years of democratic transitions between the NDC and NPP, with no attempt by the NPP under JA Kufuor’s two terms Presidency to call for amendments or review the National document. Does it mean that there are no deficiencies in the constitution requiring review or amendments?

Of course, there are, but the powers vested in the executive arm of Government, the President, makes it very attractive and dictatorial in nature to enjoy it and create opportunities for Political party loyalists at the expense of the National economic interest and security. I have a believe that the final draft was massaged by the Rawlings PNDC to his advantage, with the so-called immunity clause and all the many deficiencies. Maybe, Rawlings wanted to be the Life President of the Republic of Ghana.

A careful examination of the 1992 Constitution reveals serious flaws such that most of the provisions do not serve our purpose in today’s contemporary times. (It has been proven per the Supreme Court case by JSC Sowah in the celebrated case of Tuffour verses Attorney General, that a Constitution is a dynamic living organism capable of growth and development. (1980 GLR.637667).

Many will agree therefore, that the circumstances that led to the drafting of the 1992 constitution have drastically changed and needs to be reviewed to reflect current circumstances. (GLU. Proposed amendments)

Former President JEA Mills (May his soul rest in peace) initiated the needed constitutional reforms by constituting a review commission before his demise. The commission headed by Professor Raymond Atuguba as Executive Secretary, completed its work spending millions of US dollars, and presented the draft to the then President John Mahama. When the document got to Parliament, a supreme court case filed by Professor Kwaku Asare versus the Attorney General, ruled in favor of the plaintiff declaring the whole review process unconstitutional, claiming the President did not have the legal authority to affect the review.

Obviously, this is one of the many flaws of the 1992 constitution which has bedeviled on us as a nation; and the question everybody including the writer is asking and needs answer is simple: - If the President of the Nation has no authority to cause a review of our Constitution, and Parliament also has no right, then what happens?

The 1992 constitution cannot remain a dictatorial document on us forever. The Ghana Leadership Union will soon present a proposed amendment to the speaker of the National assembly and see what happens. If Citizens of a registered organization can not request through Parliament to effect a process for the Constitution of Ghana amended, then we are in a real serious predicament.