Jubilant Sudanese shout 'regime has fallen' as they wait on army 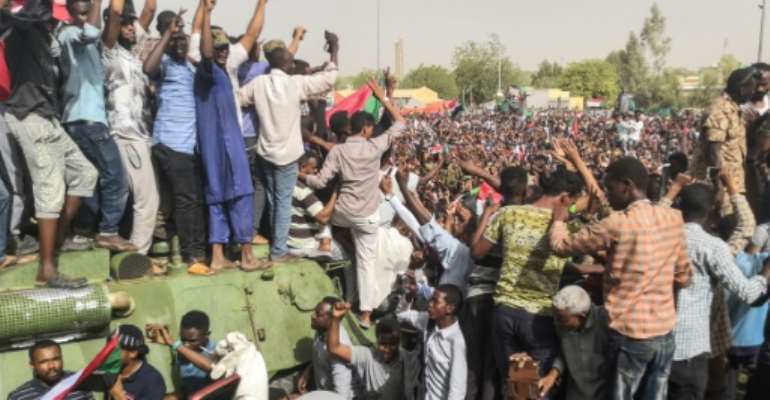 Huge crowds of jubilant Sudanese thronged squares across the centre of Khartoum on Thursday as the army promised an "important announcement" after months of protests demanding the ouster of President Omar al-Bashir.

Thousands more chanted "the regime has fallen," as they poured into the open ground outside army headquarters where defiant protesters have braved tear gas to keep up an unprecedented sit-in now in its sixth day.

There was still no sign of the army's promised announcement by afternoon but state media announced that the security agency was freeing all political prisoners in the meantime.

"The Sudanese army will issue an important statement soon. Wait for it," the state television anchor said, without elaborating as martial music replaced normal programming.

Sources and witnesses told AFP that soldiers had raided both state television and the offices of a group linked to Bashir's ruling National Congress Party. 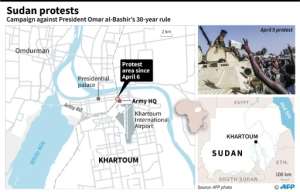 Army vehicles carrying troops were seen deploying across the centre of Khartoum.

Protesters cheered the passing army trucks as expectations mounted that top brass were poised to meet their demand.

Outside army headquarters, dozens of joyful protesters climbed on top of landcruisers and armoured vehicles that had been posted to protect them from intervention by other branches of the security forces. 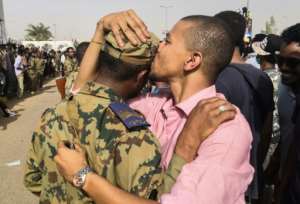 "The National Intelligence and Security Service has announced it is releasing all political detainees across the country," the official SUNA news agency said.

But in the eastern cities of Kasala and Port Sudan, protesters stormed NISS buildings after the releases failed to materialise, witnesses said.

Protesters approached the NISS building in Kasala demanding that officers free their prisoners, a witness told AFP by telephone from the city.

"But NISS officers fired in the air after which protesters stormed the building and looted all the equipment inside," he said. 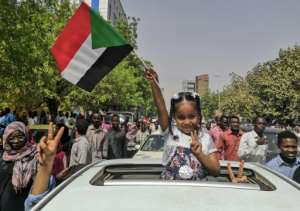 The raids on NISS buildings came despite a call by protest organisers for demonstrators to refrain from attacking government figures or buildings.

"We are calling on our people to control themselves and not to attack anybody or government and private properties," the Alliance for Freedom and Change (AFC), the umbrella group that is spearheading the protest movement, said in a statement.

The protests, which erupted in December over the government's tripling of the price of bread, have become the biggest challenge yet to Bashir's iron-fisted rule.

"We are waiting for big news," one protester told AFP from the sit-in.

"We won't leave from here until we know what it is. But we do know that Bashir has to go.

"We had enough of this regime -- 30 years of repression, corruption, rights abuses, it's enough." 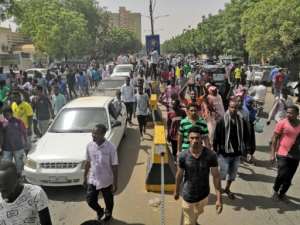 There has been an often festive mood at the sit-in, with protesters singing and dancing to the tunes of revolutionary songs.

The AFC said the sit-in would continue until Bashir steps down and makes way for sweeping reforms.

"We have to continue to gather at the sit-in area until the conditions of our revolution as agreed by our alliance have been met," it said.

The demonstrators have braved repeated volleys of tear gas from members of the NISS since they began camping outside the complex on Saturday, protest organisers say.

But for the first time on Tuesday night they did not face any "threat" from security agents, said a protester who requested anonymity for security reasons.

That came after 11 people, including six members of the security forces, were killed on Tuesday during demonstrations in the capital, government spokesman Hassan Ismail told the official SUNA news agency. 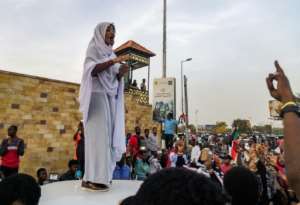 "I hope our revolution will achieve its goal," said Alaa Salah, dubbed the protest movement's "Nubian queen", after a video clip went viral of her conducting chants with demonstrators outside army headquarters.

Earlier this week, the US, Britain and Norway for the first time threw their weight behind the protesters.

"The Sudanese authorities must now respond and deliver a credible plan for this political transition," the countries' Khartoum embassies said in a statement.

Sudan, along with Iran, Syria and North Korea, is on Washington's blacklist of state sponsors of terrorism.

Bashir, who is wanted by the International Criminal Court on charges of war crimes and genocide, came to power in a 1989 coup. He is one of Africa's longest-serving presidents.