5 Arrested For ‘Illegally’ Demonstrating Over Bad Road In Tarkwa Nsuaem 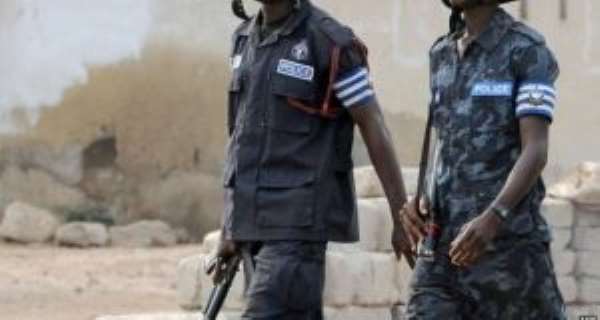 Five people have been picked up in the Tarkwa Nsuaem Municipality in connection with a demonstration over bad roads on Wednesday.

Speaking on Eyewitness News, Acting Divisional Commander for Tarkwa Nsuaem Police Division, Superintendent Robert Kobil said the five were arrested for carrying on with the protest despite an order from the Police asking them to stop.

“We have arrested about five people. After talking to these five and appealing to their conscience [to end the demonstration] for so long they were still adamant,” he said.

The protest disrupted traffic causing gridlock on the over 10-kilometre Tarkwa-Ahietieso stretch of the main road.

Residents burnt tyres and mounted barriers leaving commuters stranded. The angry residents said the government had taken them for granted.

They petitioned the Municipal Chief Executive for the area on the matter.

Supt. Kobil said the residents halted the demonstration after the Police intervened.

“We have cleared residents who blocked the roads. Tarkwa has only one road. There is nowhere we can get access to roads. There was no movement of vehicles. The road is however clear. Police engagement requires that you look at the intensity of the situation. We assessed all that and called for reinforcement.”

Residents have in the past complained that not enough revenue from the major economic activity in the area is channelled into infrastructure.

The Tarkwa Nsuaem area is one of the leading producers of gold in Ghana.

Heavy-duty vehicles transporting cocoa, bauxite and Manganese for export to the Takoradi Harbor also use the road, putting a lot of pressure on the stretch.

In September 2018, some Tarkwa chiefs led residents to block roads in protest bringing economic activities in the area to a halt.