The Uneasy Silence Of Koku Anyidoho And Co. 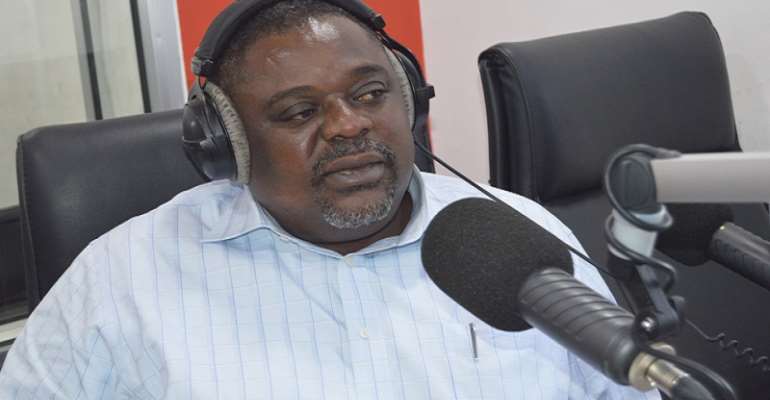 All along, I knew it would come to this. I knew one day his mouth would be bridled not by anybody else but by himself. He did not learn from his predecessors who rode roughshod and ended up like persons who did not matter in the scheme of things for the NDC. Such persons were used like the way a farmer uses a hoe during the rainy season to mould mounds to plant his yam, and when the rain doesn't fall, he hangs the hoe on top of a tree, waiting for the next year before he goes for the hoe again.

When the late professor Atta Mills was alive, Koku Anyidoho acted as the self-appointed Chief of Staff. Everybody feared him, including the then Vice-President, Mr. John Mahama. Koku criss-crossed the globe with the good old professor and made sure nobody got near the man. He received huge sums of money in the form of per diem and became rich. He was nicknamed 'The Bull' because of his boorish character. In his days of power and glory, not even the old horses in the NDC who did put their noses on the grindstone to give birth to the party could have access to the late president without the explicit permission of The Bull. The world was on his shoulders and he chose to do whatever he wanted to do with it.

Even when it was visible that the late President Mills was seriously ill, Koku made the world to understand that the man was strong. Anytime Professor Mills went for cure outside Ghana, he was accompanied by Koku.

When Professor Mills died, the light of Koku went dim. He shifted his loyalty to President Mahama and started his antics again. This same person went to Asawase in the Ashanti Region to tell the Muslim community there that then running-mate to Candidate Akufo-Addo in the person of Dr. Bawumia, an accomplished economist, was 'mutum banza', to wit useless person (in Hausa). He even said the fine gentleman was a disgrace to his family.

Dr. Bawumia did not respond to the insults but some of us did, and did it in such a way that Koku became a laughing stock in the face of discerning Ghanaians. During the 2016 electioneering campaign, he did not spare anyone and treated Candidate Akufo-Addo like dirt.

As he was fooling around, some of us decided to ignore him because of his father, General Anyidoho (Retired), a fine and tested military general who paid his dues well to Ghanaians and retired with honour. I in particular had to hide my trenchant pen because one of the uncle of Koku, called Professor Kofi Anyidoho, the Dean of the Department of English Language at the University of Ghana. He once taught me in my formative years somewhere in the Brong Ahafo Region where he was posted to immediately he left the Training College. In fact, as an unmarried man who had just been posted to my holy village, I was the one who went for water for him, washed his clothes and ironed them. He was simply my mentor. Until he dropped his other English names, he was called MCK Anyidoho. (Sir, do you remember your boy?) Coincidentally, the late Professor Awonor Williams who also changed his name to Kofi Awonor lectured me in English Literature. Anytime I remember all these fine gentlemen and come to realize that Koku comes from such a respectable family tree, I feel so sorry for him, because he continues to drag the names of his family into the mud.

Anytime he played the buffoonery and the NDC supporters clapped for him, he used to think he was popular. Then the day of reckoning came. He picked up forms to contest as the General Secretary of the NDC. He went around the country campaigning and insulting President Akufo-Addo and Dr. Bawumia as if he was in contest with the two gentlemen. Instead of telling the delegates what he would bring on board to defeat the NPP in 2020, he chose to embark on an insulting spree. Before the NDC Delegates' Congress, the Voltarians in the party who had filed their nomination papers for various positions did not know that cunning and smart John Mahama had a list of candidates he preferred and had, in fact, sent his emissaries across the length and breadth of the country to canvass for vote against the Voltarians because of what Rawlings did to him in the run-up to the 2016 elections.

On the day of the elections, Voltarians who were candidates were so hopeful of winning their positions that some of their supporters went to town to buy talcum powder to pour on the heads and bodies of their candidates from the Volta Region after the result were announced. Before the results were mentioned by the Electoral Commission, Madam Anita Desoso knew the Voltarians had been tricked. Madam Desoso lost, Dan Abodakpi, the veteran politician lost, and so was Koku Anyidoho, Mr. Big Stuff. It was then that the Voltarian delegates realised their dam had broken and their World Bank had been turned into Rural Bank. Tears flowed and some of them threatened to vote for the NPP, come 2020. The Akans and Northerners carried the day, leaving the Voltarians to lick their wounds.

Since losing the election, I have never heard of vociferous Koku making his ugly noises again. He cannot bear the pain of defeat so he has decided to keep silent, probably planning his next move. The usual insults have gone with the win and the boorish and inane characters have fallen into the blue sea. The obstreperous bullying has gone with the wind. That is how the world is; whatever goes up will surely come down. Now the NDC sees Koku as 'mutum banza' (useless person) but not Dr. Bawumia. Some of them will not touch Koku with even a long stick. Now Koku has no option but to seek propriety, decency, protocol and decorum. This piece of advice may sound like avuncular remonstration of a school teacher to an errant pupil. If it is so, so be it because after all, he has all these years treated Ghanaians with ordinary contempt and if he wants to get the respect of Ghanaians, he should toe that line.

Anita, the Atiwa Tormentor, has also gone mute, while she continues to bleach her body despite the piece of advice given to her by Mr. Rawlings. As for Anita, she had the funny feeling that the NDC would rule Ghana forever. She had no respect for anybody and moved about the land like Colossus. Anita Desoso was sure of winning the National Women Organizer position of the NDC during their last congress, but when the reality dawned on her that she was going to lose, she could not hide her feeling when she told reporters that all the Voltarians had been neglected by the party.

After treating Rawlings, the founder of the NDC like discarded dustbin, one thought the NDC delegates would have voted for Mr. Dan Abodakpi, a veteran and respected Voltarian, who played a key role in the formation of the NDC. Sadly, the delegates who were heavily bribed chose to neglect the good old man and went in for the kidnapping master planner. Dan Abodakpi too has been silent after the elections. He is also sitting his “somewhere” and minding his own business.

I hope by now the Voltarians in the NDC have come to know very well the John Mahama they used to admire. The man is a pretender. He made the people of the Volta Region to understand that it was Mr. Rawlings who made him what he is today and that he would make sure the Volta Region is developed more than any other region in Ghana. That was when he went to inspect the Eastern Corridor roads. The people clapped, danced to Agbwaja and Borbor music while singing his praises. Recently, when President Akufo-Addo went to the place, he realized that the so- called Eastern Corridor roads were neglected and had become death traps. We all saw the pictures when they were shown on television screens. The confident trickster called John Mahama won more votes in the 2016 general election in the Volta Region because of the empty promises he made to the poor folks of the Volta Region. Soon he will visit there to give more promises. I learnt he is planning to choose a Voltarian as his running-mate. That will be another way of wooing them. Voltarians should wise up this time around because Mr. Mahama is a smart guy. Good Lord, the ink in my Fountain Pen has dried up. Excuse me while I refill.