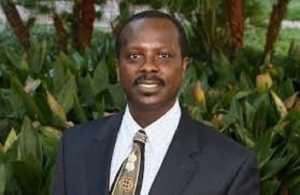 US-based legal practitioner and accounting professor, Stephen Kwaku Asare, aka Kwaku Azar, wants the government to halt the process of renaming public universities in the country.

In a series of post on Facebook, he said, unlike private universities which are named after their founders, the state institutions are given names based on location or purpose.

Prof. Kwaku Azar said public universities are seldom named after anyone because they are publicly funded.

“Many private universities are named after a benefactor. For instance, Harvard is named after Pastor Harvard who gave most of his estate to fund the school in the 17th century. In contrast, public universities are seldom named after anyone because they are publicly funded. Rather, their names reflect either their geography (e.g., UCC) or mission (e.g., UST). This is why you have the University of Florida, University of North Florida, FAMU, etc. There is so much work to do in the basic schools that it is unclear to me why this renaming exercise is going on. The government should get out of the Public Universities renaming business.”

He, therefore, urged the government to put an end to such ‘renaming business’.

“I am against renaming public universities after politicians. Very few, if any, of our politicians, have been that inspiring or done enough to warrant such an honour. These universities have been built on the back of farmers, miners, fishermen, truck drivers, hardworking mothers, etc. we can, if we want, honour these people. Enough of the political self-aggrandizement”, he noted.

“JJRUDS; NOAUPS; KAGUHAS; and KABUENR. What is wrong with the simple world of UG, UST, and UCC, UEW, UDS, UHAS, UPS, and UENR?” he questioned in another post.

Four public universities in the country will be renamed after the newly drafted Public University Bill is adopted and passed by Parliament without any amendments.

Rawlings to Gov't: 'Thank you but don't rename UDS after me'

Already, Former President, Jerry John Rawlings has asked the Ministry of Education not rename the University of Development Studies (UDS) in his honour.

“When the proposal for the naming of the UDS was first brought to the former President's attention by the Education Minister in 2017, he thanked the President and the government for the honour, but politely declined the offer because he had a long-standing principle not to have national monuments and facilities named after him.”