Gov’t Accused Of Seeking To Micromanage Universities With New Bill 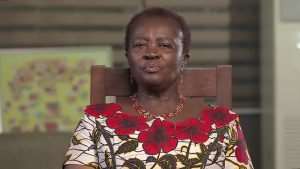 She said the government already has too much control over the universities’ governing council hence, and its quest to obtain more power is utterly needless.

The public universities bill already in the public domain has received strong opposition from some individuals and groups because of its possibility of depriving the institutions of enjoying their autonomy.

Speaking on Eyewitness News, the former Chancellor of the University of Cape Coast said, the government should prioritize the purpose for which universities were established, rather than the power play.

“Issues of voting or who is in the majority or minority in the council [does not matter], it is about building a consensus because the image, vision and mission of the University brought the council together. If we restrict those rules, then the government itself should not be placed in any position to micromanage the institution. The governing Council is there to do it for them so that they can also focus on other things”, she said.

The draft Bill is courting controversy because of some controversial clauses putting significant power over the schools in the hands of the state.

Among other things, the draft Bill, which has been sighted by Citi News, gives the President the power to dissolve and reconstitute the governing council of a public university in cases of emergencies.

The President is also given the power to appoint an interim council to operate for a stated period.

Meanwhile, the Minister for Education, Dr. Matthew Opoku Prempeh has challenged claims that the government trying to subtly take control of public university in the country and curtailing academic freedom through the controversial Universities Bill.

The Minister in a video published by a local tabloid said, there is enough assurance to all concerned stakeholders including the University Teachers Association of Ghana (UTAG), that the government will not take over control of the universities.

“In fact, this draft Bill is the first Bill in this country to try and define what we mean by academic freedom using examples of how other nations have developed it. If it has to be improved, we are hoping for that, the government cannot, and will not and must not and it does not intend in any way to stifle academic freedom. It is a stakeholder consultation we are doing. The government has declared its intention fairly. It hasn't hidden anything, it is open to suggestions, it is open to discussions on the various clauses,” he added.” Dr. Opoku Prempeh said.