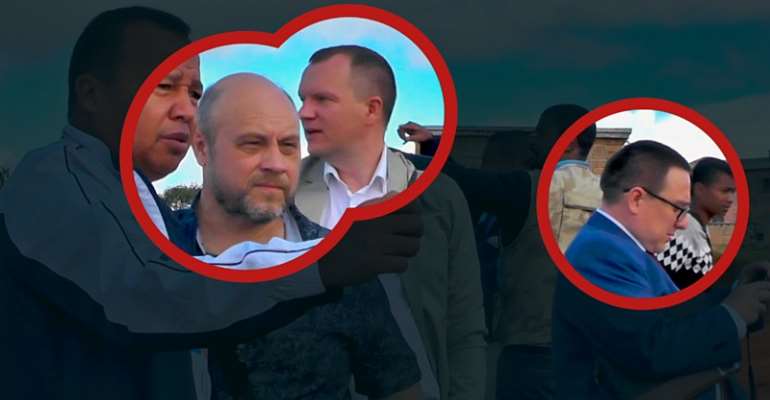 As the big world powers compete once again for Africa’s riches, attention has focused on Russia’s “scramble for Africa”, challenging western influence on the continent. Secretive private military contractors are operating in the Central African Republic and the Russian military has been developing relations with key power-brokers in war-torn Libya.

Now Africa Eye uncovers another Russian operation – this time an attempt to influence the outcome of the recent Presidential elections in Madagascar. Alleged Russian interference in the 2016 election of US President Donald Trump was high-tech and online. But, in Madagascar, “Africa Eye” has discovered, Russian interference involved boots on the ground and bags of cash.

While Russian “tourists” gave support to handpicked candidates and paid demonstrators to picket a western embassy, Madagascan workers went on strike over their pay and conditions at a largely Russian owned chrome mine.

So who are the men behind Russia’s Madagascar election gamble? Africa Eye investigates.

Did Russia meddle in Magadascar's election?