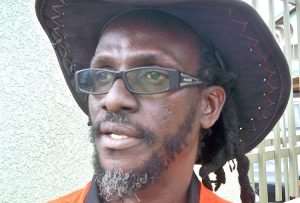 The Rastafarian Council of Ghana has rescinded its decision to petition the Commission on Human Rights and Administration Justice over what it described as human rights abuse by the Western Regional Director of the Driver and Vehicle Licensing Authority (DVLA), Emmanuel Narh.

This was after Mr Narh said his office does not give license to just any Rastafarian as some of them abuse drugs.

National President of the Rastafarian Council, Ahumah Bosco Ocansey, who has been pursuing the matter since the DVLA boss made the comment in a radio interview last month said they have accepted an apology from the National Director of the DVLA, Mr Kwasi Agyeman Busia.

“We agreed that the apology was enough so decided that we will stay the petitioned had intended to submit to CHRAJ. The whole meeting with [Kwasi Agyeman Busia] was cordial. He reiterated his position that Emmanuel Narh’s statement and posturing was contrary to the posture of the DVLA and in particular his strategy and direction as the leader of the DVLA,” he said.

The Rastafarians demanded an apology and the sacking of Narh for making the discriminatory comments on Takoradi-based Skyy Power FM.

While responding to a text message on a show he was on about why the DVLA refused to grant drivers' licenses to some Rastafarians, he said;

“For the work that we do, we have a code of ethics and we have drivers' conduct. Before the DVLA trains or approves of you as a driver, we need to watch you closely and examine you physically. We need to know if the person is above eighteen years; are you somebody who's sound in the mind and do you have a good sight?,” he quizzed.

“In Ghana, there are two types of Rastafarian groups; there are those who are Rastafarians for religious purposes. When you come to DVLA, it's not every Rastafarian that we don't give licenses to. We ask you; if you belong to a credible religious group, you need to show us an ID, then it convinces us that may be in your family background, there's a reason why you don't have to cut your hair. When that happens, we can give you the license. Or that you belong to a Rasta religious group that comports itself very well; that way if you show us your ID, we will give you a license or take you to a driving school for training.”

“But if we don't identify you as belonging to any of such groups and that you came from some ghetto with your unkempt Rasta and we have all the evidence, nobody will mind you,” he added.

The comment generated uproar, forcing the National Director to immediately order him to come to Accra to explain the circumstances under which he made the comments that were clearly not in consonance with the statutes of the DVLA.

Documents Suggests Undervaluing Of Airport Company Assets To...
18 minutes ago