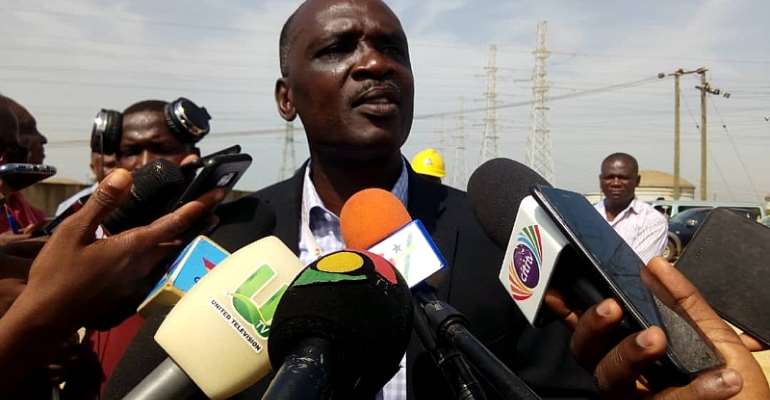 He says soldiers, officials of the Bureau of National Investigations (BNI) and the police, would not hesitate to shoot at any person who is caught destroying gas pipelines, electricity terminals or pylons in an attempt to cause undue power shortage across the country.

Major Appiah was speaking to journalists on Tuesday in Tema on the sidelines of media tour to GRIDCo’s office and inspection of gas pipeline belonging to Cirrus Oil Services Limited which were burnt by alleged arsonists.

Three suspected arsonists are said to be behind the burning of gas pipelines located around the Tema Oil Refinery (TOR) and the Volta River Authority (VRA).

Car tyres were reportedly used to set fire on the pipelines which were at the time containing only water because they were still under construction.

Major Appiah says security has been beefed up in the area, warning the saboteurs “to be very careful with what they intend to do.”

He cautioned that “we have the soldiers…of course I am a soldier myself and I know that we have rules of engagements but we will not hesitate arresting, but to shoot to kill because Ghana must succeed.”

According to him, those behind the acts were “bad elements who are trying to bring Ghana down.”

About two weeks ago, a pylon belonging to GRIDCo was cut down.

Officials of GRIDCo are confident repair works on the pylon would be completed in earnest.

The Head of Security says the actions of the saboteurs hold the potential of affecting every Ghanaian as well as economic activities.

He noted that “we all know how Government is working hard to improve the power for all of us to enjoy.”

He lamented that “unfortunately, few people are not interested and they are trying to do things to bring it down.”

He warned that “of course we are not going to sit down and allow it.”

Meanwhile, Head of Health, Safety, Security and Environment at Cirrus Oil Services Limited, Daniel Amehoe, indicated that the burning of the pipelines would have caused major disaster in the area had not been the lines were under construction and containing only water.